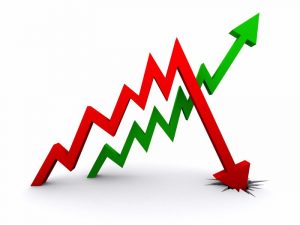 The congresswoman was responding to a question about whether it was appropriate to refer to Republican legislation in such apocalyptic terms.

“It is the end of the world,” said Pelosi. “The debate on health care is life/death. This is Armageddon.”

Then the next day on the House floor before the passage of the tax bill, House Minority Leader Pelosi slammed the plan as “brazen theft” that “betrays the future and betrays the aspirations of our children.”

She said the bill: “Is a vote to install a permanent plutocracy in our nation.” (Congresswoman Pelosi has been in office for 30 years and has a net worth of $120 million.)

Noting the Christmas season, she added: “In this holy time, the moral obscenity and unrepentant greed of the GOP tax scam stands out even more clearly.”

Still speaking as a prophetess of doom, Pelosi declared: This GOP tax scam is simply theft, monumental, brazen theft from the American middle class and from every person who aspires to reach it. the GOP tax scam is not a vote for an investment in growth or jobs. It does violence to the vision of our Founders. It disrespects the sacrifice of our men and women in uniform, who are a large part of our middle class and to whom we owe a future worthy of their sacrifice. And it betrays the future and betrays the aspirations of our children. It demands, it morally demands a no vote from every member of this house of the people.

As Republicans in the U.S. Senate passed the tax reform legislation, the tide of doom swelled among leftist liberals in America.

“America died tonight,” tweeted Kurt Eichenwald of Vanity Fair, urging millennials to “move away if you can. USA is over. We killed it”.

Gary DeMar was right when he opined: “Nancy Pelosi is unhinged. The things she is saying, however, make up the Socialist side of the Democrat Party. Her claims, like those of Elizabeth Warren, Chuck Schumer, and Bernie Sanders, are so outrageously false and tyrannical that it’s incomprehensible that people agree with her history and “logic.” But millions of people do believe her claims and will go to great lengths to insure they are enacted into law.”

Whether the reworking of the tax code produces financial doom or boom, it should become quite obvious that the Democratic Party has pulled out all the stops to play full volume the “politics of envy”.

Politically envy is used consistently and effectively by the left to create an atmosphere of resentment, hatred, and glaring class division.

Envy-driven politicians attempt to buy votes to keep them in power so they can keep giving the shaft to their voters, while convincing them they are really doing it to the rich cats and corporations.

“Down with the rich!, they shout. “The 1% must be pillaged!” “Increase taxes on the corporations.” “Redistribute the wealth! ”

Someone well said: Real envy makes no distinction: it is unhinged loathing that ends in destruction. It seems like an implausible thing to do, take a sin and convert it to a political virtue. But there is a hidden truth here that people are unable to face: modern political institutions are in fact built on an ancient vice, institutionalized and unleashed.

Here’s what an envy-laden voter fails to consider — those who want to do it unto others are really just getting set up to have it done unto them!

A concept universally accepted by economists is that corporations do not pay taxes, people pay taxes. As the Tax Foundation, a Washington, D.C.-based research organization explains, “People pay all taxes. When the government levies a tax on a corporation, the corporation is more like a tax collector than a taxpayer. The burden of the tax ultimately falls on people — the owners, customers, or workers of the corporation.”

In short, corporations can’t pay taxes any more than your house can write a check for the property tax. Corporations are merely a collection of individuals legally organized to produce a good or deliver a service. Taxes on businesses are really taxes on these individuals and consume resources the organization could allocate toward other purposes.

Remember, every pundit and politician who says that corporations must “pay their fair share”  knows that the share will be taken from your paycheck.

To disagree with Pelosi-logic makes you a thief, a hater of children, and a blasphemer of God.

When the government steals, that’s a good thing. When people get to keep the money they earn, that’s a bad thing.

Will Rogers was spot on when he said: “The difference between death and taxes is death doesn’t get worse every time Congress meets.”