Taliban Now Allowing ‘Westerners,’ Including Americans, To Get On Commercial Flight Out Of Kabul 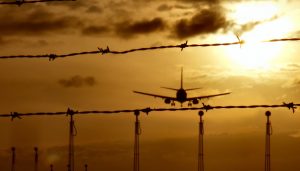 The terrorist organization known as the Taliban has finally agreed on Thursday to allow commercial flights of 200 “westerners” some of which will be Americans, to leave from the Kabul airport, which is the first departure since the United States pulled troops out of Afghanistan in August.

Many westerners got on board Qatar Airlines flights to Doha, Qatar, according to new reports published by the Associated Press, with at least 200 more folks expected to be allowed to leave, though it hasn’t been made clear whether any of the individuals will be Afghan nationals with special visas or green cards.

It is also unclear whether, among the “westerners” allowed to leave Kabul Thursday, were those Americans waiting to depart on a series of flights out of Mazar-i-Sharif airport — flights that were delayed, according to reports, because the Taliban had been asking for concessions, including increased financial support.

“Some 200 foreigners, including Americans, left Afghanistan on a commercial flight out of Kabul on Thursday, the first such large-scale departure since U.S. and other forces completed their frantic withdrawal over a week ago,” AP went on to say in their report. “The Qatar Airways flight to Doha marked a breakthrough in the bumpy coordination between the U.S. and Afghanistan’s new Taliban rulers. A dayslong standoff over charter planes at another airport has left dozens of passengers stranded.”

“A senior U.S. official, who spoke on condition of anonymity because he wasn’t authorized to talk to the media, provided the number of Westerners on the Qatar flight and said two senior Taliban officials helped facilitate the departure — the new foreign minister and deputy prime minister,” the Associated Press continued. “Americans, U.S. green card holders and other nationalities, including Germans, Hungarians and Canadians, were aboard, the official said.”

The flights pose a new set of problems for coalition allies who do not hold green cards. Although the Taliban has agreed to allow Afghan nationals who want to leave the country to depart on outgoing flights if they have the appropriate paperwork, Afghans in possession of clearance remain “skeptical” and the Taliban appear to be deeply involved in the departure process, patrolling the airport and repeatedly checking papers, according to reports.

“The current Afghan prime minister, who belongs to the Taliban, urged Afghans affiliated with coalition forces to stay and suggested those who departed on emergency flights should return, Fox News added. Many of those waiting to board flights at Mazar-i-Sharif airport were vulnerable Afghans,” the Daily Wire report said.

This goodwill was not free. It came at the price of 50 tons of aid flown in by the country of Qatar.

This situation could have been avoided had Biden pulled Americans out of the country first before troops. He did everything backwards and it has cost lives. It’s time for Biden and a few others to step down from office after this debacle.