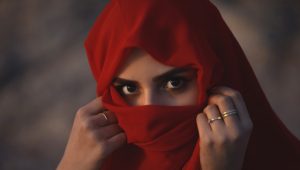 Over the weekend, citizens in Switzerland voted in support of a referendum that bans the wearing of face coverings public, including those that are worn for religious purposes.

According to the folks over at fake news central, CNN, “[t]he controversial proposal gained support of 51.21% of voters and the majority of the country’s 26 cantons, according to official provisional results published by the federal government.” This also includes a ban on niqabs and burqas that are worn in public settings.

One of the groups behind the proposal was the Swiss People’s Party (SVP), described as “right wing” according to BBC reporting. The party pushed for the proposal using slogans like “Stop extremism.”

The people who are against the ban point out that “it appears to be mostly pointless,” according to CNN. Andreas Tunger-Zanetti is a researcher at the University of Lucerne who has reportedly “been studying Islam in Switzerland since 2007.” According to Tunger-Zanetti’s’ new book, almost no one in the country wears a burqa and the amount of people who wear a niqab is at most 36.

BBC reported on the minority muslim community, as well, stating that around “5% of Switzerland’s population of 8.6 million people are Muslim, most originating from Turkey, Bosnia and Kosovo.”

The Central Council of Muslims released a statement in response which read, “Today’s decision opens old wounds, further expands the principle of legal inequality, and sends a clear signal of exclusion to the Muslim minority.”

Amnesty International was also not happy with the outcome of the vote, saying it was “anti-Muslim.” They also released a statement on Sunday which read, “Swiss voters have once again approved an initiative that discriminates against one religious community in particular, needlessly fueling division and fear.”

The Swiss government was not a fan of the ban either, stating that the state had no place in determining what women are allowed to wear.

A few of the exceptions for the ban include wearing face coverings in places of worship and at “other sacred sites.”

Face coverings are also allowed to be worn in public if they are for health reasons.