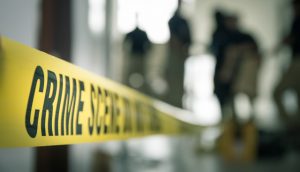 If you don’t think the anti-police narrative being pushed by the mainstream media right now comes with serious consequences, look no further than what happened today in downtown Paso Robles, California.

The whole area was put on lockdown after a gunman opened fire on a police station, an assault that ended with one police officer wounded.

Residents within the area were given an order to take shelter where they were as local law enforcement launched a manhunt to track down the suspect involved in the incident.

The shorts were fired at around 3:30 a.m. and led to a San Luis Obispo County Sheriff’s Office deputy getting injured.

The shooter, who fled on foot, was still on the loose hours later, and sheriff’s office spokesman Tony Cipolla said the individual was considered armed and dangerous.

The deputy who was wounded is in serious but stable condition at a local hospital, Cipolla said.

Paso Robles Fire Chief Jonathan Stornetta released a statement saying, “We have had an active shooter incident in the city of Paso Robles this morning. The Paso Robles Police Department and city officials are requesting the public to avoid downtown Paso Robles as law enforcement search for the suspect. If you live or work in the downtown area, you are asked to shelter in place. Investigation is ongoing.”

This attack is not surprising given the current political climate in our country. Tons of violent riots have been practically burning the country to ashes in the wake of the death of George Floyd at the hands of police officers in the city of Minneapolis.

So much craziness has happened since then, including the murder of individuals and police officers in horrific acts of violence. This is not the way to handle this situation, folks. We have to be above this, all of us, regardless of skin color, if we want to see lasting change happen in this world.