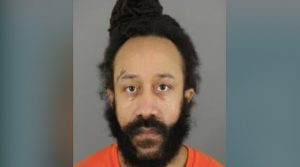 The suspect who drove a red SUV through a Christmas parade in Waukesha, Wisconsin over the weekend, killing five people and injuring 40 more, has now been identified as Darrell Brooks Jr., a man with a lengthy criminal record who was allegedly running away from a knife fight when he plowed his vehicle into those attending the event.

The 39-year-old man from Milwaukee, who was also an amateur rapper, had been bailed out of jail just 48 hours before the horrific incident took place. His criminal record features to currently open felony cases.

On Nov. 5, he was charged with resisting an officer (misdemeanor), bail jumping (felony), and second-degree recklessly endangering safety (felony) with domestic assessments, as well as disorderly conduct and battery (both misdemeanors, also with domestic abuse assessments). He posted a $1,000 bond on Nov. 19, 2021.

In the other case, filed in July 2020, Brooks was charged with reckless endangering and illegal possession of a firearm.

Brooks raps under the name MathBoi Fly and had a YouTube channel with music rap videos that has since been deleted but was saved by Heavy.com .

One of the multiple Twitter pages that Brooks has features a self description that says, “Milwaukee, WI born & raised, rapper/songwriter/producer/stoner/philosopher/next big thing out of the Midwest if u aint know, get in tune.”

And just to give you a glimpse into where Brooks stands politically, he also wrote about former Minneapolis police officer Derek Chauvin who was sentenced to 22 years in prison for the murder of George Floyd last year.

He put up a photo of Chauvin and told those who follow his account to “ALWAYZ REMEMBER THIS BITXH ASS MF FACE!! (sic)” followed by a middle finger.

Such a nice guy, right? Cannot figure out where this fellow might have gone wrong. Maybe he’s just understood or something. Hope you all catch the sarcasm.

“He commented on Twitter posts from former White House intern Monica Lewinsky and CNN, posted a photoshopped fake image of former Wisconsin Gov. Scott Walker as a Nazi, and posted a picture of a watermelon with “BLM” (Black Lives Matter) carved on the side, Heavy reported,” according to the report from WE.

“In a Facebook page belonging to Brooks, he wrote about the three-week headline-grabbing Kyle Rittenhouse trial, which had taken place about an hour away from where he lived. Rittenhouse was found not guilty on Friday on five criminal charges after opening fire during a riot in Kenosha, Wisconsin, killing two people and injuring a third. His Facebook page was also filled with religious sayings,” the report continued.

“On Saturday, Brooks allegedly sped through barricades and into the Waukesha town Christmas parade, killing multiple and hitting more than 40 adults and children. The incident was caught on Waukesha’s city’s livestream feed as well as on the cellphones of onlookers,” the report added.

You know, it’s amazing we ever even found out this guy’s identity seeing as he’s not a white guy that the liberal media could twist into being a white supremacist or something.

That’s what they seem to enjoy doing on a regular basis, right?

Let’s hope this man gets punished to the fullest extent allowable by Wisconsin law.