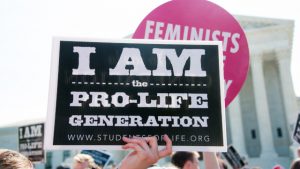 The United States Supreme Court has decided to send the case concerning Texas’ six-week abortion ban over to a federal appeals court on Thursday, which comes just six days after the justices on the bench refused to overturn the ban, while still allowing those who oppose it to continue forward with their part of the challenge.

SCOTUS sent the case to the 5th U.S. Circuit of Appeals, which has made multiple rulings in favor of the law, according to a report from Bloomberg News. The move is a rejection of a request by various clinics and doctors to have the matter sent straight to a trial judge who previously blocked the law.

Justice Neil Gorsuch signed off on the court’s order that granted the request from abortion clinics for the court act speedily concerning the case.

With the Supreme Court normally taking 25 days before issuing a formal judgment, Thursday’s action was a partial victory for the providers, the Bloomberg report indicated, while noting that sending the case to the 5th circuit court, which has repeatedly supported the law, could cause further delays.

State Attorney General Ken Paxton and other Texas officials told the high court they planned to ask the circuit court to request that the Texas Supreme Court interpret a key provision before the case goes back to a trial court – something that could take months.

The Supreme Court on Friday left in place Texas’ ban on most abortions little more than a week after the court signaled it would roll back abortion rights and possibly overturn its landmark Roe v. Wade decision.

Five conservative justices, including three appointed by former President Donald Trump, formed a majority to limit who can be sued by the clinics.

Abortion providers — baby killers for hire — sought to get the lawsuit put back in front of U.S. Judge Robert Pitman, who took action to block the enforcement of the heartbeat bill.

Back in October, Pitman had ordered the law to be blocked, but then two days later, the appeals court countermanded the order.

“Given the ongoing chilling effect of the state law, the district court should resolve this litigation and enter appropriate relief without delay,” Chief Justice John Roberts went on to write for himself and for the court’s three liberals in a Dec. 10 partial dissent.

Marc Hearron, the Center for Reproductive Rights attorney who represented the clinics during the case’s stint at the Supreme Court went on to say, “The Supreme Court left only a small sliver of our case intact, and it’s clear that this part of the case will not block vigilante lawsuits from being filed. It’s also clear that Texas is determined to stop the plaintiffs from getting any relief in even the sliver of the case that is left.”

Texas Republican Gov. Greg Abbott signed the bill into law back in May of this year, which bans abortions before most women will even know they are pregnant. Which, of course, is a good thing. The child’s body does not belong to the woman. It belongs to the child, who has no voice while in the womb, thus their right to life should be protected by law.

“The law differs singularly from similar efforts nationwide — it leaves enforcement to private citizens, who can sue doctors or anyone who helps a woman get an abortion,” the report concluded.