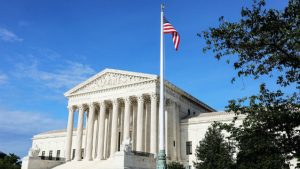 As the coronavirus continues to spread across the country, government officials at all levels are taking precautions to stop the spread of the illness and protect folks that are the most vulnerable to complications from the virus.

In many places, restaurants are being closed, along with cinemas and other entertainment based establishments, in order to prevent people from gathering in large masses and passing the virus onto one another.

The big concern is that individuals will become carriers of the disease and end up infecting the elderly and those with compromised immune systems, leading to unnecessary deaths.

With those thoughts in mind, the Supreme Court announced on Monday that it would be postponing oral arguments in March due to the recent outbreak.

The highest court in the country was scheduled to hear cases on March 23-25 and March 30-April 1, but will now “examine the options for rescheduling those cases in due course in light of the developing circumstances,” said a statement released Monday.

The Supreme Court previously postponed scheduled arguments in response to the Spanish flu epidemic in 1918, and shortened its argument calendar in 1793 and 1798 in response to yellow fever outbreaks.

With a few of the folks on the bench in the Supreme Court being up there in age — we’re looking at you, RBG — this is pretty reasonable course of action to take in order to keep folks from getting critically ill.

Here’s to hoping all of the madness surrounding this illness is over quickly so we can return back to our normal way of life.