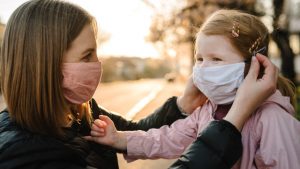 A substitute teacher from Las Vegas is in deep trouble after she reportedly taped masks onto the faces of the students in her class who forgot the facial coverings, which really did not sit well with one mother.

The mom in question, who spoke on condition of anonymity, stated that her son got up to get a drink and forgot to put a mask on. His teacher then used two layers of tape to fasten the mask to his face, humiliating him in front of his entire class. When the kid went to pick up some homework he had forgotten from the office, a school administrator was alarmed by the tape, so she removed it.

She then contacted the principal of the school, who paid the teacher a visit. He discovered a second student with a mask taped on the face.

“I was furious, furious,” the mother said during a conversation on Fox 5 on Friday. “I was scared for my son on what kind of long-term effect it is going to have on him socially, the fact that the entire class was laughing.”

The woman’s son was “very upset, he was crying, [and] he was humiliated,” she went on to state.

The Clark County School District said the district is “aware” of the “isolated incident” and is “dealing with the employee through the proper channels.”

“The principal proactively notified the boy’s family of the investigation,” the district said.

The boy’s mother, who filed a police report over the incident, is calling on the substitute teacher to resign and never teach children again. While she does not have an issue with mask mandates, she said that young children are forgetful and should not have been punished in such a way.

“It’s crazy,” the boy’s mother told the outlet. “Corporal punishment in schools should not be happening.”

With schools set to reopen throughout the United States, local administrators and elected officials continue to debate which COVID-19 protocols are necessary to protect children and educators from the spread of the disease. While left-leaning states such as New York and California and many colleges and universities have implemented mask mandates for students, many states controlled by Republicans have moved to implement penalties for schools that mandate mask use. Under Republican Gov. Ron DeSantis, Florida has moved to withhold funding from districts that implement mask mandates.

This crap is getting way out of hand, folks. Leftists have lost their minds. We don’t need to be acting like this and treating our children so horribly during this pandemic. They have enough to worry about, don’t you think?

You know, this is why so many people think liberalism is a mental disorder.