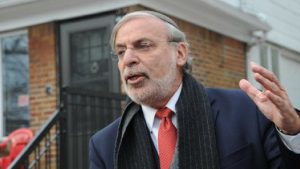 I have to say it restores a bit of my faith in our country to see Democratic politicians willing to criticize their own and call for the party to make a much-needed return to American values.

There was a time when Democrats and Republicans had much more in common. National security, a strong economy, patriotism, general decency.

One of the reasons Trump was able to woo so many longtime Democratic voters was because he knew that they cared about jobs, security, and a strong economy and were burned out after years of being beaten over the head with far-left identity politics.

The distinguishing mark of the Democratic party in 2018 is driven by their hatred for Trump, and their near-insane attempt to combat him by going even further left, instead of doing the kind of self-reflection needed to win back voters.

One New York Assemblyman is taking a bold stand against the radical politics of his party, vowing to support Republicans until his party returns to “sanity and honesty,” and I can’t help but tip my hat to his bravery.

New York State Assemblyman Dov Hikind (D-Brooklyn) took to Facebook this week to call NY Senator Chuck Schumer out for a mailer he claims was “riddled with attacks on the ‘hard right’ but omitted vital information.”

“Senator Schumer, in your letter you promise to fight for Democratic values and go on at great length to fully villainize the current administration, but you left out certain facts that my fellow Democrats, to say nothing of all Americans, should also be aware of,” Hikind’s statement begins.

Hikind lists the following achievements by the Trump administration that have been good for America:

“You ask for a contribution, but the Democratic Party—which I am a lifelong member of—is currently betraying the ideals that our party once stood for: American values,” Hikind writes. “You yourself proposed that Representative Ellison head the party, but you must surely know that Ellison has stood with our nation’s leading hate monger Louis Farrakhan.”

Hikind continues: “Senator Schumer, as a fellow Democrat, I ask you to work to restore sanity and honesty to our party so I can feel good about supporting it fully. Until then, I’m afraid the Republicans have my support.”

There’s not a thing he’s said I can disagree with! Good for him! Let’s hope more Democrats can be honest with themselves after reading this, and maybe we can no longer fear the complete destruction of our sovereign borders, natural rights, and everything America stands for once the Dems gain back power in Washington.