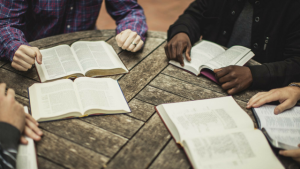 While most mainstream progressives would argue that organized religions perpetuate the patriarchy (…or something), a recent study has found that male college students who have a religious affiliation tend to be less prone to uncouth behavior with their female counterparts.

If you are a genuine practitioner of an organized religion, at least one that is consistent with Western values, this probably isn’t too shocking.

After all, the Bible encourages men to treat women like their own flesh and as Christ treated the church, so while plenty of jerks out there have hidden behind religion to abuse women, that kind of behavior doesn’t hold much water when you compare it to the teachings of most mainstream Christian denominations.

Western Journal has the story:

College men with some religious affiliation are less likely to be sexually violent and aggressive toward women, a study suggests.

The 2018 study Religiosity Reduces Sexual Aggression and Coercion in a Longitudinal Cohort of College Men: Mediating Roles of Peer Norms, Promiscuity, and Pornography, compiled by researchers Timothy Hagen, Martie Thompson, and Janelle Williams and published in the Journal for the Scientific Study of Religion, surveyed 795 college men at a public university.

The researchers pointed to a few factors they theorized may cause these trends among religious college men, like a decreased likelihood to consume alcohol or pornography, or the accountability of like-minded friends who were also less likely to be promiscuous or aggressive towards women.

Unsurprisingly, they do not have seemed to mention the vast difference between those with a religious worldview and those without:

People who believe in a Creator believe that human life has intrinsic value, which, obviously, includes women, and that our actions in life can result in eternal consequences. They also often believe that men have a distinct moral obligation to protect women, hence, it is cowardly and immoral to treat a woman like a sex object.

People who believe that everything happened by chance believe we’re all just a bunch of meat bags who will end up as worm food sooner or later so why not indulge in whatever pleasure we feel like in our short time on earth. They also tend to believe that women are just like men, so what’s the harm in treating them like a sex object, right?

You don’t need to perform a fancy schmancy scholarly study to realize this fundamental moral difference in the way men treat women, all you need to do is look around at the world today.