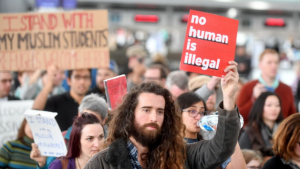 If you’re a sensible person, this study might surprise you.

If you’re obsessed with political correctness, however, it would surprise you…that is, if you don’t respond to it by clapping your hands over your ears and singing “lalala I cant hear you lalala” which tends to be how the progressive left responds to most data that doesn’t suit their narrative.

For years, the American public has been subject to the brow-beating, finger-wagging thought police on the left who love to tell us how offensive everything we’ve ever said, wrote, or even thought really is.

But a recent study shows that the people who are most obsessed with political correctness represent a scant minority of Americans, but that these same Americans who virtue signal their socks off with all the correct terminology for women, homosexuals, people of color, and transgender people are actually mostly wealthy, white people.

This is, of course, the very group this same group tends to blame for all the ills of our nation.

On Wednesday, Yascha Mounk, lecturer on government at Harvard University, wrote a fascinating piece for The Atlantic regarding a new study from Stephen Hawkins, Daniel Yudkin, Miriam Juan-Torres and Tim Dixon, titled Hidden Tribes: A Study of America’s Polarized Landscape. There’s a lot of fascinating material in the report, but Mounk picks out the biggest gem: Americans hate political correctness. Or at least nearly all Americans do, the only exceptions being far-Left progressives.

And who are these far-Left progressives? They’re disproportionately white and upper class.

So much for the narrative that PC protects minorities, and sets them in opposition to the racist white majority.

Among the general population, a full 80 percent believe that “political correctness is a problem in our country.” Even young people are uncomfortable with it, including 74 percent ages 24 to 29, and 79 percent under age 24. On this particular issue, the woke are in a clear minority across all ages… Whites are ever so slightly less likely than average to believe that political correctness is a problem in the country: 79 percent of them share this sentiment. Instead, it is Asians (82 percent), Hispanics (87percent), and American Indians (88 percent) who are most likely to oppose political correctness.

In other words, the more financially well-off someone is, the more likely they are to have a favorable view of political correctness.

This is likely news to the people who claim to represent the interests of “the people”:

Sounds like the “woke” are really not as woke as they think.