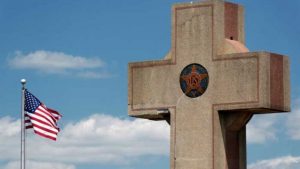 George Orwell said, “The most effective way to destroy people is to deny and obliterate their own understanding of their history.”

Writing about the full scale assault on our American heritage and history, black economists and syndicated columnists, Professor Walter E. Williams observed: “Many blacks and their white liberal allies demand the removal of statues of Confederate generals and the Confederate battle flag, and they are working up steam to destroy the images of Generals, Stonewall Jackson and Robert E. Lee and President Jefferson Davis from Stone Mountain in Georgia. Allow me to speculate as to the whys of this statue removal craze, which we might call “Statucide”.

This “Statucide” has resulted in the removal of almost all public appearances of the Confederate flag and many statues of Confederate leaders, as well as renaming buildings and streets that bore their names. Yet, as Professor Williams rightly notes, “this is just a small part of the true agenda of America’s leftists. Thomas Jefferson owned slaves, and there’s a monument that bears his name — the Thomas Jefferson Memorial in Washington, D.C. George Washington also owned slaves, and there’s a monument to him, as well — the Washington Monument in Washington.

“The job of tyrants and busybodies is never done. When they accomplish one goal, they move their agenda to something else. If we Americans give them an inch, they’ll take a yard. So I say, don’t give them an inch in the first place.

“The hate-America types use every tool at their disposal to achieve their agenda of discrediting and demeaning our history. Our history of slavery is simply a convenient tool to further their cause.

“Slavery is an undeniable fact of our history. The costly war fought to end it is also a part of the nation’s history. Neither will go away through cultural cleansing.” (Removing Confederate symbols wipes out history)

However, slavery is only the “foot-in-the-door” agenda of the hate-America crowd. Their goal is to kick the doors of American history off its hinges and replace it with an internationalism that opens to a one world government run by the rich and know-it-all elites, with the rest of us being their slaves.

Here is one recent case in point of what Professor Williams labels, “taking a yard.” It is further indicative of the lefts relentless attempts to destroy everything that connects American history with any religion or ideology other than secular humanism and internationalism.

Todd Starnes, with Fox News, illustrates the ongoing assault by leftists: “In 1925, the American Legion erected a memorial in Bladensburg, Maryland, to honor the memory of 49 men who perished during World War I. The 40-foot tall memorial became known as the “Peace Cross.”

“In 2014, the American Humanist Association — a group that believes in “being good without a god” — filed a lawsuit alleging the cross-shaped memorial is unconstitutional and demanding it be demolished, altered, or removed.

“They alleged the cross carries “an inherently religious message and creates the unmistakable appearance of honoring only Christian servicemen.”

On Wednesday, October 18, 2017, the Fourth Circuit Court of Appeals agreed and ruled the historic memorial must be torn down — all because the Bladensburg Memorial is in the shape of a cross.

“The Fourth Circuit said the memorial excessively entangles the government in religion because the cross is the “core symbol of Christianity” and “breaches” the wall separating church and state.

“Statucide” is but another inch into the door that leads to the room of total compliance to “Political Correctness.”

We Americans must learn to read clearly and correctly the message that “Statucide” proponents are sending us by their destructive actions lest we find ourselves completely barred from the public square and slaves to political and cultural elitists.