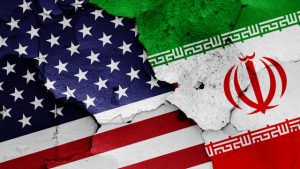 The United States government stated on Sunday that a report made on Iran’s state television network stating that the two countries had reached a deal for the exchange of American prisoners for the release of $7 billion in frozen Iranian oil funds that are currently under U.S. sanctions in other nations is completely false.

The country’s state television network said that Tehran would free four American prisoners accused of spying in exchange for four Iranians being held here in the U.S. and the release of the frozen funds.

The government has adamantly denied such a deal was in the works.

The state TV, quoting an unnamed Iranian official, also said British-Iranian national Nazanin Zaghari-Ratcliffe would be released once Britain had paid off a debt on military equipment owed to Tehran.

A British Foreign Office official played down that report.

Iran and world powers are holding talks to revive the 2015 nuclear accord that Washington abandoned three years ago and reimposed sanctions on Tehran.

Iranian officials told Reuters last month that an interim deal could be a way to gain time for a lasting settlement that involved unfreezing Iranian funds blocked under U.S. sanctions.

“Release of Nazanin Zaghari in exchange for UK’s payment of its 400 million pound debt to Iran has also been finalized. The source also said the Biden administration has agreed to pay Iran $7 billion,” the report continued.

Ned Price, a spokesman for the State Department, said, “Reports that a prisoner swap deal has been reached are not true.”

“As we have said, we always raise the cases of Americans detained or missing in Iran. We will not stop until we are able to reunite them with their families,” he added.

“Unfortunately, that report is untrue. There is no agreement to release these four Americans,” Klain said while making an appearance on CBS’s “Face the Nation.”

Who knows anymore if this is actually the truth. Especially with someone as weak as Joe Biden as president. Trump would have never stood for such a report being made and would’ve put the Iranian government back in their place real quick.

Do you miss him yet?