Starbucks Apologizes After Kicking Out Three Policemen Over A Customer Complaint 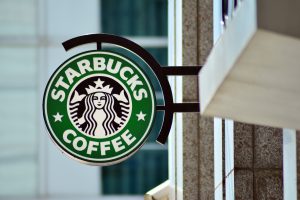 Can you just imagine the absolute insanity that would ensue if conservatives (or even your average centrist) attempted just half the stunts folks on the left seem to enjoy pulling?

Folks think we’re mean, nasty, hateful, intolerant bigots before we even utter a word, but if we even tried to lob milkshakes at leftist reporters or spit on Democrats in restaurants (which, as civilized people, we don’t want to do), there would be weeping and gnashing of teeth.

But, because the left gets to crown itself the defenders of justice and equity, they don’t seem to realize the massive injustices of their movement, no matter how many times they make headlines.

In this particular instance, however, an apology was made—and that’s a rare thing.

Last week, a barista at a Starbucks in Tempe, Arizona, asked several police officers visiting for a quick coffee break before their long Independence Day shift to move out of a customer’s line of sight or leave the premises. At the time, the barista claimed that the officers’ very presence made the customer “not feel safe.”

The Daily Wire reported on Saturday:

On Twitter, the Tempe Officers Association — a police union — wrote about the incident on Friday and included a mock image of the Starbucks logo that showed a hand pouring out a cup of coffee with the words “Dump Starbucks” circling the image.

“Don’t appreciate @Starbucks asking our #Tempe cops to leave your establishment on the #4thofjuly2019. Several of those cops are #veterans who fought for this country! #ZeroRespect,” the union wrote.

The Tempe Officers Association shared a second statement on their Facebook page, adding that, “[t]he barista said that a customer ‘did not feel safe’ because of the police presence. The barista asked the officers to move out of the customer’s line of sight or to leave.”

“Disappointed,” the post read, “the officers did in fact leave.”

In a statement from their public relations department, the Tempe Police Department (TPD) said that they’d reached out to Starbucks’ corporate office who was aware of the incident. On Sunday, according to NPR, a representative from TPD met with members of the Starbucks leadership team, at which time the company issued an official apology, signed by Rossann Williams, the vice president of Starbucks’ U.S. retail operations:

Thank you, Chief Moir, for the conversation today. On behalf of Starbucks, I want to sincerely apologize to you all for the experience that six of your officers had in our store on July 4.

When those officers entered the store and a customer raised a concern over their presence, they should have been welcomed and treated with dignity and the utmost respect by our partners (employees). Instead, they were made to feel unwelcome and disrespected, which is completely unacceptable.

At Starbucks, we have deep appreciation for your department and the officers who serve the Tempe community. Our partners rely on your service and welcome your presence, which keeps our stores and the community a safe and welcoming place.

Our strong relationship with the Tempe Police Department has provided us the opportunity to host several “Coffee with a Cop” events in area stores, which bring residents and police together to discuss relevant issues and find common ground. We look forward to continuing to strengthen our relationship with you, and we agree that the experience of your officers requires an important dialogue – one that we are committed to being part of.

What occurred in our store on July 4 is never the experience your officers or any customer should have, and at Starbucks, we are already taking the necessary steps to ensure this doesn’t happen again in the future.

I will be in Tempe this evening and welcome the opportunity to meet with any of you in person to address concerns or questions.

I seem to recall an incident in which Starbucks shut down all of its U.S. retail outlets for intensive “sensitivity training” after a manager asked a group of black men to leave a Philadelphia store under the incorrect assumption that they were loitering.

Can we expect another round of sensitivity training after this stunt? Don’t hold your breath.