Sportscasters in the Utopian States of the American Left 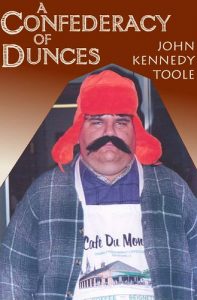 How do you keep from looking stupid when you’re running a sports network that focuses on social justice issues instead of sports? In truth, you can’t; you’ve already labeled yourself. If you’re one of the idgits running ESPN, however, you make sure no one has forgotten your complete lack of social intelligence by doubling down on idiocy.

Everyone who’s not currently living in a sensory deprivation chamber has heard the name Robert Lee over the last twenty-four hours – the sportscaster Robert Lee, not the Confederate general, though General Lee is a pretty hot topic of discussion right now. On September 2, Mr. Lee the sportscaster, who is Asian-American (yep, Asian-American) was supposed to be in the announcer’s booth for ESPN’s coverage of the University of Virginia’s football game against William and Mary. Then, ESPN executives decided to make sure the world knows that a bunch of nimrods are perfectly capable of running a television network.

What happened in Charlottesville, Virginia last week was both tragic and senseless. Events unfolded exactly as a reasonable person would expect them to when groups of hate-filled idiots get together and put their best efforts into picking a fight with each other. Apparently, the folks over at ESPN decided the country hasn’t been subjected to enough lunacy over the last few weeks, however, so they moved Mr. Lee, who had just been promoted to calling college football, to a different game.

The bigwigs, it seems, were terribly afraid that their viewers might be triggered by Mr. Lee’s name. What the…? Anybody who gets bent out of shape over a sportscaster’s name needs to be triggered. In fact, that person needs to be locked in a room and triggered over and over until he (or she) figures out how to get over himself.

The internet exploded when the story broke Tuesday night, and ESPN wasted no time confirming just how vapid their management really is. The statement released by the company’s spin doctors said, in part, that a decision had been made, “…collectively…with Robert to switch games as the tragic events in Charlottesville were unfolding. In that moment, it felt right to all parties. It’s a shame that this is even a topic of conversation and we regret that who calls play-by-play for a football game has been an issue.” And just like that, ESPN achieves previously unreached depths in the Sea of Stupidity.

That is exactly the point! Most people don’t care who announces a ball game as long as the talking heads leave their leftist agenda at home and stick to football. ESPN certainly cares about it, though. They care enough to disrupt the plans of a young man who’s worked his way up the ladder and earned his first play-by-play assignment.

Yes, announcers are shifted between games all the time, and Mr. Lee’s move was a lateral one. Still, the absurdity of even considering that some dunderhead might go running for his safe space because an Asian-American sportscaster happens to have the name of a Confederate general who died 147 years ago is mind-boggling. And it’s not even a major game. It’s going to be live-streamed on ESPN3!

This is the leftist utopia we hear so much about. This is what we gave up American exceptionalism, national pride, a consistent and moral standard of behavior, and the nuclear family to achieve. This is why I can never use the word progressive to describe leftists. They think this is progress! I just hope this dunebuggy can be shifted into Reverse.