Spoiler Alert: Here’s What SJWs Are Already Complaining About In ‘Avengers: Endgame’ 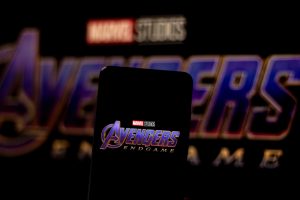 As the climax of Marvel’s decade-long cinematic gift to the world, Avengers: Endgame is absolutely shattering box office records worldwide and garnering review after favorable review.

This isn’t one of them.

No, instead, a few of us lurkers who prefer to wait until they don’t have to scour the earth for a babysitter, cram into a packed theater and risk having our favorite character’s epic moment interrupted by crinkling wrappers and the unending chewing of popcorn.

So, while folks like me wait to buy Endgame on Amazon Prime, there is another nearly-as-exciting form of entertainment that the film brings. It might not involve the destruction of half the universe’s population or Robert Downey, Jr.’s impeccable wit and timing, but it does involve the mental and psychological erosion of our culture.

Of course, I’m referring to the outrage wing of the social justice warriors and their immediate reactions to Endgame for just not being super-sensitive enough.

Now, knowing what I know about several of the stars and crew of Endgame, (Hulk is a raging socialist, Captain America is a true-blue SJW and is dabbling in extremely slanted political news, and the whole lot of them cast an inflammatory campaign video for Hillary in the last election), I was mentally preparing for the eventuality that the film would find a way to, blatantly or metaphorically, rub our conservative noses in some sort of shame the filmmakers would like to ascribe to us. Hollywood likes to do that.

Instead, much to my surprise, the film had already received rave reviews from folks like Steven Crowder that the film simply did its job: entertain us, make us think, and skip the lecturing and virtue-signaling, and it did that job very well.

But, you can’t please everyone, especially the outrage mob.

While Endgame does briefly feature an openly gay man sharing his story, The Daily Wire reports that it just wasn’t enough to satisfy the LGBT mafia:

“Avengers: Endgame” does not feature any overtly LGBT superheros, but it does have an LGBT character: a man, “Joe,” who attends a support group hosted by Captain America Steve Rogers for survivors of supervillain Thanos’ “snap,” which rid the universe of half of all life. The character casually mentions dating for the first time since losing his long-term partner, and speaks frankly about his male date.

It marks the first time an openly gay character appears on-screen in the Marvel movie universe proper (the X-Men franchise has had some LGBT-friendly moments, and Marvel television had some arguably LGBT character appearances), and the moment passed without much fanfare or complaint. There were certainly no audience protests — and, in fact, it almost seemed like the character just blended into the background.

So, let’s get this straight. We’re supposed to go along with the normalization of LGBTQIAWXYZ lifestyles, because they’re just other sexual orientations and are nothing unnatural or anomalous, but when Endgame tries to do exactly that, it’s a problem? Heck, “Joe” was even portrayed by the franchise’s co-director, Joe Russo, which seems like a rather blatant show of support for the gay community. But that’s not enough, apparently.

“The fact that [Joe] plays an unnamed character with a few lines almost feels like a slap in the face to the people waiting 22 movies to see themselves represented onscreen. Sure, we’re glad to have confirmation that gay people exist in this universe, but it feels too little, too late,” someone at ComicBook.com with too much time on their hands wrote.

The Mary Sue, a site for self-described “feminist geeks” called Russo “overly congratulatory” of the film’s weak attempt at “representation.”

Well, now, how do these folks know that none of the A-Team are LGBTQIA+1*() and just aren’t flaunting it? Fan theories abound that could make that one possible.

Or, you know, another logical explanation could be that the characters were developed during a time where Stan Lee and the folks over at Marvel didn’t have the woke mob constantly shouting in their faces and demanding some artificially inflated inclusion, and the film franchise simply didn’t feel the desire to take any liberties with Marvel’s characters and their sexualities just to earn points with a minority demographic.

While the Inclusivity Police are always on the job, their outrage isn’t too surprising. Instead, it’s an out-of-left-field complaint about Endgame from several viewers that has rational folks totally scratching their heads.

Apparently, while recovering from an unspecified traumatic experience, Chris Hemsworth’s “Thor” became rather overweight and out of shape after resigning himself to a life of pizza-eating, beer-drinking, and playing video games all day. When called to the Avengers HQ for a new mission, the dude clearly didn’t have time to hit the gym first, and the fat jokes from his fellow remaining Avengers ensue.

I think you know where I’m going with this. Yes, SJWs are upset about other characters “fat-shaming” Thor. Seriously.

According to Vanity Fair, the jabs a fictional character receives after Thor gains a little weight are a serious “controversy.”

The Daily Dot rather eloquently stated that the fat jokes about Thor “suck,” and that Marvel knows better than to make them:

Over the past few years, body diversity and fat acceptance have become mainstream topics in pop culture criticism. Marvel presumably wants Avengers: Endgame to have a long shelf-life, but this meanspirited recurring fat joke is going to age very poorly, very fast.

Cosmopolitan, that bastion of contemplation and critical thought in today’s media, says that the fat jokes “crossed the line,” “regressed” Thor’s character, and minimized his apparent mental illness.

The point they’re trying to make is clear: Thor is plagued by PTSD and mental health issues. My own depression manifests in overeating and weight gain so, like, it’s me. And if they went on to focus on his recovery and help him process his grief, this could have been an incredible moment in the MCU timeline. But instead of tackling his issues head-on, his fellow team members repeatedly ridiculed and belittled him for his appearance, specifically his weight. They were so relentless, I breathed a visceral sigh of relief when he was able to wield his hammer, half-convinced his newfound physique would mark him as unworthy in the eyes of the powers that be.

Yes, because the Endgame runtime needed a little augmentation in the form of a lecture about body positivity. Gotcha.

I have to wonder where all these folks were when Thor was repeatedly objectified by secondary and minor characters for his attractive demigod body at several times earlier in the franchise? Or when Tony Stark mocked him for his clothing choice?

Who’s going to avenge Thor after this wicked injustice?