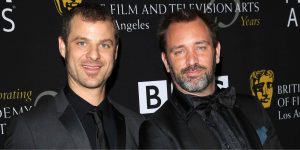 Apparently, South Park made it through 23 seasons without being banned in the totalitarian society of China.

According to The Daily Wire, the Communist Party of China finally banned the raucous Comedy Central show after it mercilessly mocked the communist nation for “shaping American culture by forcing American companies to not do anything it deems offensive if they want to be able to sell their products and services in China.”

“Now, those very same government censors, in the real world, have lashed back at ‘South Park’ by deleting virtually every clip, episode and online discussion of the show from Chinese streaming services, social media and even fan pages,” according to The Hollywood Reporter. “The draconian response is par for the course for China’s authoritarian government, which has even been known to aggressively censor ‘Winnie the Pooh,’ because some local Internet users had affectionately taken to comparing Chinese president Xi Jinping to the character.”

On Monday, however, South Park creators Trey Parker and Matt Stone issued this heartfelt apology to the Chinese government for their irreverence:

Like the NBA, we welcome the Chinese censors into our homes and into our hearts. We too love money more than freedom and democracy. Xi doesn’t look like Winnie the Poo at all. Tune into our 300th episode the Wednesday at 10 p.m. Long live the great Communist Party of China. May the autumn’s sorghum harvest be bountiful. We good now China?

That was a thing of beauty right there.

We can expect nothing less than this sort of defiant brilliance from the same folks who brought you this:

You gotta lower your ideals of freedom if you wanna suck on the warm teat of China. #southpark23

The faux apology follows hot on the heels of the debacle with the NBA and the Houston Rockets who rightfully received massive backlash from the American left and right wings after they apologized to China for Houston Rockets General Manager Daryl Morey’s pro-Hong Kong tweet.

Their brand of comedy might not be everyone’s cup of tea, but God bless these gentlemen for their tenacity. Every little bit helps when standing up to a communistic Goliath threatening to destroy our economy, our liberty, and our sovereignty.