Sorry, Y’all, But Banning Flavored Vape Products “For The Children” Is Stupid 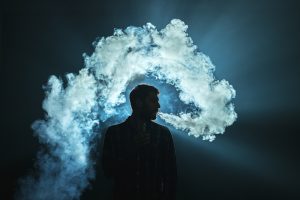 In case anyone thinks we never subject the President to enough reasonable criticism, this one’s for you.

As a New Yorker, I’m quite accustomed to things being banned or taxed to the point of being inaccessible, but this latest subject has me furious to the point of needing to drop a few bucks in the swear jar myself.

Now, I know you might not be on the same page just yet, so let me help you get there.

You’ve probably seen some jerk 20-year-old sucking on what looks like a robot’s private parts and thought, “what on earth is this country coming to?!” Well, if that dude is wearing a Ché Guevara shirt and tossing a milkshake at a cop, you’d be right to ask that question. But, if he’s merely using the 21st century’s tentative answer to the predicament of nicotine being awesome and lung cancer being a scourge, there is literally no problem here beyond your personal preference. If we defend our natural and constitutional rights to liberty and property, we should defend all the Kyles of the world and their robot weiners.

But, but, popcorn lung!? Well now, let’s take a look at that.

Did you know that the chemical attributed with cases of popcorn lung is in exponentially higher concentrations in tobacco (actual tobacco, people) than vape products? “The ‘worst’ e-cigarette tested produces diacetyl exposure that is 85 times lower than that of the ‘worst’ cigarette tested,” says Dr. Michael Siegel, a Professor in the Department of Community Health Sciences at Boston University School of Public Health according to this brilliant piece by The Libertarian Republic exposing the sensationalism and blatant media bias in covering the “vape crisis”.

But, but, the dang things blow up in people’s faces!? Slow down, sparky.

There are plenty of reasons why any electric product can fail, but only a small few of those will lead to the thing blowing up. While you’re at it, maybe have the wiring in your house checked. But, if you vape and are concerned about your mod going kablooey, there are reputable, helpful sites out there in whose best interest it is not to have their customers blow up who offer helpful hints on easily preventing this disaster. This is another example of the free market providing an internal solution to a consumer problem, and it’s a beautiful thing.

But, but, six people have died!? Again, let’s take a look at that.

To start off, these are six real people, six people who bore the image of God. I don’t want to make light of their deaths out of respect for them and their families, and nowadays I feel that needs to be made completely clear. But, I will not stand by while their deaths are ripped out of context and used to impose a completely disconnected ban on products that affect the vast majority of consumers who, you know, didn’t use black market products laced with THC.

The Daily Wire’s Matt Walsh nails the facts of the recent vaping deaths down perfectly:

There have been six deaths in America possibly linked to vaping — six deaths out of the more than 11 million people who report using e-cigarettes. If you’re keeping track at home, that’s a fatality rate of .0005%. By comparison, 88,000 people die from alcohol-related causes every year. An estimated 128,000 people die from prescription pills annually. The death toll in both cases also represents a very small percentage, but the percentage is probably quite a bit higher than vaping’s meager .0005%. No matter how you look at it, the numbers just don’t come close to justifying words like “outbreak” and “catastrophe.” And they certainly don’t justify unconstitutional action from the president (not that anything ever could).

But the panic is even more absurd and counterproductive than it first appears. Keep in mind that the majority of the people who’ve gotten sick or died from vaping were using unlicensed, black market products. By outlawing most e-cigarettes, we are only driving more people towards precisely the kind of vaping that’s causing the problem in the first place. This is a solution to a fake problem that will inevitably cause the fake problem to become a real problem. In other words, it is exactly the kind of solution our government specializes in.

Let’s not forget that, as Walsh points out, President Trump doesn’t have the power to ban consumer products. The FDA under his administration, however, is another animal.

People, as long as I can go down to the corner store and by some strawberry-flavored Swisher Sweets, I do not support our President in moving to ban flavored vape products. Ain’t nobody banning flavored cigarettes or cigars any time soon, so what’s the fuss really about? This isn’t about safety, it isn’t about the children. It’s about the free market. A truly free market, and we know the government doesn’t like that one bit.

Disclosure: The husband of this writer is an avid vape user. He is also an ironworker, a former smoker, healthier than ever, and most definitely not a beta male named Kyle.