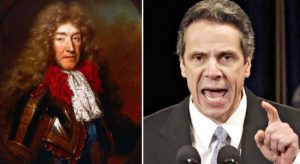 Yesterday, New York Governor Andrew Cuomo proudly announced that statues of “Robert E. Lee and Stonewall Jackson will be removed from the CUNY hall of great Americans because New York stands against racism” on Twitter.

Robert E. Lee and Stonewall Jackson will be removed from the CUNY hall of great Americans because New York stands against racism.

This is a perfect example of how attempting to erase, revise, and retell  history quickly becomes a very slippery slope. To say that you are removing the statues of Lee and Jackson because you stand against racism now puts Governor Cuomo in a sticky situation. Especially since the state of New York is named after a man that was the main shareholder in and the director of the Company of Royal Adventurers Trading in Africa. Wow…when you don’t remember your history it has a way of biting you in the…

That’s right! New York is named after the owner of a slave trading monopoly.

The Duke of York owned the company that created slave ports on the West coast of Africa where British-produced goods were exchanged for Africans who were then transported as slaves to colonies in the Caribbean and the Americas.

In 1664, the Duke of York, as Admiral of the Navy, annexed the Dutch colony of New Amsterdam (it was then renamed New York in his honour). When the Duke took over New York one of the first actions of the new authority was to grant the colony port privileges and the right to use warehouses to ships engaged in the slave trade.

I guess Governor Cuomo can find a new name for racist birthed New York. Maybe he can name it after one of New York City’s most outspoken black citizens.  How about Al Sharpton? Because we ALL know he’s not racist at all! Good grief! 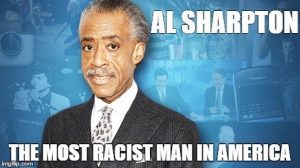