A group of small children were taken from the big city to a farm — a place they had never been to see animals they had only seen in pictures. Wide-eyed and delighted over their experiences, they were particularly fond of a new born calf running  to and fro about its mother. Wondering if it was a male or a female, they begin to offer differing opinions. After much debate and disagreement, one little boy declared, “I know how to settle this issue once and for all — let’s vote on it! 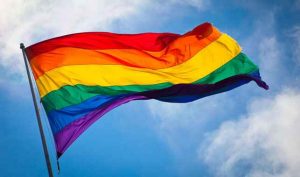 Voting can and does change a lot of things, but all the vote-casting by all the experts or government officials will never determine one’s gender. There are males and females. People who engage in same-sex sexuality do not become a new sexual category. There is no third gender. The same is true of people who identify as transgender. It’s all made up. These new categories of gender and sexuality are social constructs.

Face Book doesn’t believe in the aforementioned statement and has started allowing users to self-identify as something other than male or female. You can make the change in your Facebook settings, and choose who will (and won’t) see your new gender classification. So, if you don’t identify as male or female, then what? Well, Facebook offers 56 options. You can use up to 10 of them on your profile. Fifty-six sounds like a lot, but actually many of them are variations on a theme — “cisgender man” and “cisgender male,” as well as “cis man” and “cis male.” In terms of broad categories, there about a dozen.

United Kingdom Facebook users can now choose from one of 71 gender options, including asexual, polygender and two-spirit person, following the feature’s successful integration in the US.

Below are a few of the categories and what they mean:

Dr. Paul R. McHugh, the former psychiatrist-in-chief for Johns Hopkins Hospital and its current Distinguished Service Professor of Psychiatry, said that transgenderism is a “mental disorder” that merits treatment, that sex change is “biologically impossible,” and that people who promote sexual reassignment surgery are collaborating with and promoting a mental disorder.

Dr. McHugh, made his remarks in a commentary in the Wall Street Journal, where he explained that transgender surgery is not the solution for people who suffer a “disorder of ‘assumption’” — the notion that their maleness or femaleness is different than what nature assigned to them biologically.

Dr. McHugh further noted studies from Vanderbilt University and London’s Portman Clinic of children who had expressed transgender feelings but for whom, over time, 70%-80% “spontaneously lost those feelings.”

Michael W Chapman writing in an article in 2015 said: “While the Obama administration, Hollywood, and major media such as Time magazine promote transgenderism as normal, said Dr. McHugh, these “policy makers and the media are doing no favors either to the public or the transgendered by treating their confusions as a right in need of defending rather than as a mental disorder that deserves understanding, treatment and prevention.”

“This intensely felt sense of being transgendered constitutes a mental disorder in two respects. The first is that the idea of sex misalignment is simply mistaken – it does not correspond with physical reality. The second is that it can lead to grim psychological outcomes.”

The transgendered person’s disorder, said Dr. McHugh, is in the person’s “assumption” that they are different than the physical reality of their body, their maleness or femaleness, as assigned by nature. It is a disorder similar to a “dangerously thin” person suffering anorexia who looks in the mirror and thinks they are “overweight,” said McHugh.

This assumption, that one’s gender is only in the mind regardless of anatomical reality, has led some transgendered people to push for social acceptance and affirmation of their own subjective “personal truth,” said Dr. McHugh. As a result, some states — California, New Jersey, and Massachusetts — have passed laws barring psychiatrists, “even with parental permission, from striving to restore natural gender feelings to a transgender minor,” he said.

Dr. McHugh also reported that there are “misguided doctors” who, working with very young children who seem to imitate the opposite sex, will administer “puberty-delaying hormones to render later sex-change surgeries less onerous – even though the drugs stunt the children’s growth and risk causing sterility.”

Such action comes “close to child abuse,” said Dr. McHugh, given that close to 80% of those kids will “abandon their confusion and grow naturally into adult life if untreated ….”

“’Sex change’ is biologically impossible,” said McHugh. “People who undergo sex-reassignment surgery do not change from men to women or vice versa. Rather, they become feminized men or masculinized women. Claiming that this is civil-rights matter and encouraging surgical intervention is in reality to collaborate with and promote a mental disorder.”

Author Gary DeMar rightly observes: “Even if a person says he or she can’t change their sexual desires, it does not mean those sexual desires are morally justifiable. This is the essence of the debate. We as a nation have lost the ability to think in terms of first principles.

“When is the last time (or even the first time) you have heard anyone approach the subject of same-sex sexuality and transgenderism and the more than 50 other gender identifiers on the basis of the fundamental presuppositions that undergird the worldview of forced compliance of sexual abnormalities?

“It’s time that we stop arguing in terms of rights, protecting children, freedom of association, and liberty and challenge the presuppositions that have given rise to the overthrow of a moral worldview grounded in the character and moral law of God. Man through the agency of the State has become the new god. There is no telling where such a topsy-turvy worldview will take us.”

Voting may force us to accept deviant lifestyles as normal or suffer painful consequences, but gender can never be decided by the ballot box, public opinion, or a surgeon’s knife or hormone medicines!