Socialists May Be Loud, But They’re Not Winning in the Polls 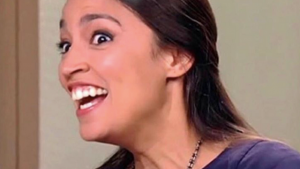 We have a tendency to give the most weight to the loudest, most obnoxious opinions, simply because they get so much attention.

If we’re being real, we have to admit that this phenomenon in the social media era to pay attention to the most outrageous statements played a large role in getting Donald Trump elected…except that many of his outrageous statements were attractive to Americans. Because they were factually correct….but politically incorrect.

The rising fame of Alexandria Ocasio-Cortez is largely attributed to her saying plain old incorrect statements, and sadly for her and her small but vocal group of supporters, she doesn’t represent anywhere near as many Americans as Donald Trump did when he first caught our attention in the media.

Alexandria Ocasio-Cortez is a self-described “socialist” whose surprise victory in a New York Democratic primary has garnered a tremendous amount of attention among left-leaning activists.

But the rise of Democrats calling themselves socialists may not be a good thing for the party as a whole, according to new polling.

In a new Hill.TV/HarrisX American Barometer poll released Tuesday, an overwhelming majority of respondents, 76 percent, said they would not vote for a “socialist” political candidate, while only 24 percent of those polled said they would vote for a socialist candidate.

Among prominent Democrats in Washington (also characterized by their loudness), many of whom are extreme radical ideologues themselves, have been forced to make clear even they don’t want to be characterized by socialism.

“It’s ascendant in that district perhaps,” Pelosi said referring to New York’s 14th District, where Ocasio-Cortez is running. “But I don’t accept any characterization of our party presented by the Republicans. So let me reject that right now.”

Even “Auntie Maxine” Waters has recently made clear that America is not socialist.

Take a note, Alexandria: if Maxine Waters is distancing herself from your ideology, you’ve definitely gone way, way too far.