Socialism Pays: This Is How Much Bernie Sanders Made This Year 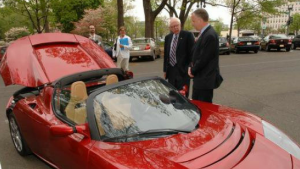 The man who has never worked a private sector job in his life, and who spends his days rallying for the working class when he’s not resting at one of his multiple vacation homes during a Congressional recess.

The enthusiastic supporters who carried his campaign all the way to the DNC, where they booed the announcement of Hillary Clinton’s nomination, often wielded signs declaring “We are the 99%!”, a throwback to the days of Occupy Wall Street, where young people rallied together to protest corrupt financing practices and defecate in public.

As it turns out, however, letting Bernie know they were the 99% at his rallies was a good idea, considering he is the 1%–far above it, as Fox News reports:

A financial disclosure document filed in May shows that the indepedent lawmaker from Vermont made more than $1 million in 2017, given him income of that figure or more for the second year in a row, VTDigger reported.

Most of that income – $885,767 – came from cash advances and royalties for his 2016 book, “Our Revolution,” which recounted the Sanders’ failed bid for the Democratic Party’s presidential nomination.

The remaining $174,000 of Sanders’ income for last year came from his Senate salary.

Sanders has long brandished his credentials as one of the “poorest” members of Congress to rally against income inequality, a threat the senator has called “the great moral issue of our time.”

But the senator’s income places him high above the national threshold for qualifying for the so-called “One Percent,” the group of super-wealthy individuals that is supposedly knocking U.S. society out of balance.

It is particularly noteworthy that Sanders supplemented his already comfortable Congressional income with a book detailing why rich people shouldn’t be allowed to keep their money because equality.

It’s a pretty good picture of what socialism often looks like: a powerful ideological tool that gives a sense of power to the masses while manipulating them into giving power to the very same class of people they believe they’re fighting against.

Who is always the wealthiest in any true socialist nation? That’s right–those at the top.

Of course, since Bernie has failed to implement the kind of dramatically high taxation he’s always called for, perhaps he’s giving away 75% of his income to help “the people”, right?

Not sure I’ll be holding my breath waiting to hear that news story, though.