So What About That Memo? What’s it reveal? 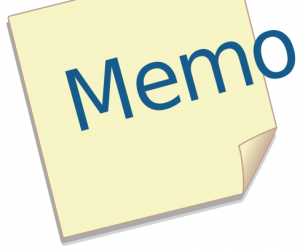 It seems those dastardly Republicans will stop at nothing to smear the good name of America’s peace-loving Democrats. Things took an especially dark turn during the 2016 Presidential election when Hillary Clinton was viciously attacked and impugned for nothing more than being a woman. Everyone knows Ms. Clinton is more pure than morning dew collected from the horn of a virgin unicorn, so the nefarious attempts to connect her with the trail of corpses – including the four in Benghazi – left in her wake were obviously just slander and malicious innuendo. They were, in fact, exactly the same things members of the vast right-wing conspiracy (falsely) accused her of doing to women who accused her philandering husband (So what if he was? He is NOT the point of any relevant conversation!)  of sexual assault and rape.

It seemed America had finally reached rock-bottom when Republicans tricked voters into using the Electoral College to steal an election that Clinton and the DNC had rigged fair and square. Recent events, however, have proven that Clinton’s loss was not America’s low point. It was merely a challenge to sink even further into the abyss. Never one to run from a dare, Representative Devin Nunes, a California Republican who is Chairman of the House Permanent Select Committee on Intelligence, told the DOJ and FBI to hold his beer and watch this. He had, it seems, the temerity to investigate the previous regime’s…er, administration’s…witch hunt…um, investigation…into candidate Trump’s campaign by those same two organizations.

To be fair, the findings of Mr. Nunes’s investigation could be perceived as showing some questionable tactics used by the nation’s top law enforcement agencies, but only if you’re a partisan hack looking to protect the Commander-in-Chief from the Mueller-led validation of the left’s hate for President… Woopsie, that should have read Special Counsel Robert Mueller’s Russia investigation. Anyhoo, since everyone knows that negative coverage of anything Democratic is, by definition, fake news, Representative Adam Schiff, the ranking Democrat on Mr. Nunes’s committee, rightfully dismissed Nunes’s accusations. In doing so, he made several good arguments for simply ignoring the FISA memo in the hopes it might just disappear.

First off, according to Mr. Schiff, every single item included in the infamous memo represents legal, well-intentioned actions that have been intentionally taken out of context by Republicans intent on protecting their President from the Russia valida…investigation. His point is a compelling one, especially in light of the numerous headlines from the Democratic Party’s propaganda committee, including CNN, MSNBC, ABC, NBC, the New York Times, and the Washington Post. Since last August, they have steadily featured “news” stories detailing the huge numbers of Republicans abandoning President Trump. Drawing the ire of the DOJ and the FBI by making up a bunch of false accusations seems a perfectly reasonable action for rats abandoning a sinking ship. At least, they do if you’re a die-hard leftist scared of someone turning over your rock.

The most convincing argument Mr. Schiff makes is his assessment of the American people who, he insists, simply aren’t smart enough or sophisticated enough to handle the information. Sort of like when registered Democrats weren’t smart enough or sophisticated enough to nominate a suitable candidate for their Presidential ticket, those public servants elected to represent the left’s agenda must step in to provide proper guidance and direction. Mr. Schiff seems to believe that we must not only be shielded from the information, but also be told what we think about it when a government official is crass enough to bring unpleasantness to light. How fortunate we are as a nation to be so well looked after.

Finally, Democrats believe the FISA memo must be quashed because the Department of Justice, which has proven to be a completely objective bureaucracy dedicated to maintaining the integrity of both national elections and the office of the President, insists that releasing the memo could be harmful to national security. According to multiple sources, most of the Democrats who are siding with the DOJ haven’t actually read the memo; they just instinctively know that they are the only ones smart enough to protect the American people from those sneaky, diabolical Republicans, and the DOJ and FBI have their backs. It might be tempting to criticize Congressional leftists for not taking the time to vet the memo before criticizing it, but we have to remember that it’s not a bill that has already been voted on, so they’re under no obligation to read it or find out what’s in it.

Despite previous signs of chaos and organizational rot, the left really has it together on their response to Mr. Nunes’s memo. They’ve given good, solid reasons to avoid holding the previous President and his minions…oops, administration…accountable for their actions. No doubt their arguments make a lot of sense – to those intent on protecting their power and covering their backsides, anyway. If reports about the memo are true, it will wreak havoc throughout Washington for members of both parties. That’s a good thing; we need a good housecleaning on both sides of the aisle. The swamp needs to be drained – all of it. The FISA memo sounds like a big step in the right direction. #ReleasetheMemo