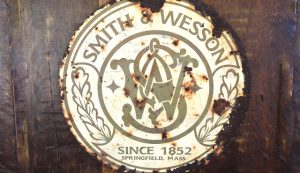 The firearms manufacturer, which was originally founded in 1856, will be packing up its headquarters and moving out from Springfield, Massachusetts and taking up residence in Maryville, Tennessee.

“The strong support we have received from the state of Tennessee and the entire leadership of Blount County throughout this process combined with the quality of life, outdoor lifestyle and low cost of living in the Greater Knoxville area has left no doubt that Tennessee is the ideal location for Smith & Wesson’s new headquarters,” Smith & Wesson Brands Inc. CEO Mark Smith went on to say about the move in a statement.

He alluded to the commonwealth’s “arbitrary and damaging” legislation, saying certain gun policies under consideration in Massachusetts “would prevent Smith & Wesson from manufacturing firearms that are legal in almost every state in America and that are safely used by tens of millions of law-abiding citizens every day exercising their Constitutional 2nd Amendment rights, protecting themselves and their families, and enjoying the shooting sports.”

“While we are hopeful that this arbitrary and damaging legislation will be defeated in this session, these products made up over 60% of our revenue last year, and the unfortunate likelihood that such restrictions would be raised again led to a review of the best path forward for Smith & Wesson,” Smith went on to add.

The company’s move will bring 750 jobs to the area and is an investment valued at $125 million, according to the Tennessee Department of Economic and Community Development.

“We would like to specifically thank Governor Lee for his decisive contributions, and the entire state legislature for their unwavering support of the 2nd Amendment and for creating a welcoming, business-friendly environment,” Smith continued.

Blount County, the location of the Tennessee headquarters, is a “Second Amendment Sanctuary” after its commission passed a policy stating as much in 2019, according to the county outlet the Daily Times.

A few of the other benefits the gun company cited when discussing the move includes a “business friendly environment,” “quality of life for employees,” “cost of living and affordability,” “access to higher education institutions,” “availability of qualified labor for its operations and headquarter functions,” and “favorable location for efficiency of distribution.”