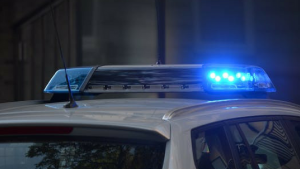 If we are going to be taxed up the wazoo by our state or federal government, you would think it would be of the utmost importance to make sure that money makes it towards the services we need most.

And I’d put, you know, police officers and firemen at the top of the list.

Especially in a state where it’s not exactly easy to obtain a firearm to protect yourself.

And considering police forces are made up of, you know, people, it’s important that these people have what they need not only to get their jobs done, but to preserve their own lives in the process.

One Massachuttes town, apparently, has seriously failed at doing this, as their entire police force resigned all at once.

he Massachusetts State Police are now responsible for protecting the residents of a small town in Massachusetts after its entire four-member police department resigned on Monday, citing unsafe work conditions.

In a resignation letter submitted to city officials on Monday, the entirety of the Blandford Police Department — which consisted of Interim Police Chief Roberta Sarnacki and three officers — said they simply could not continue to serve because of inadequate and decrepit equipment that put their lives in danger.

“The officers said the town’s police cruisers are in such bad shape they often have to answer calls in their personal vehicles,” Boston CBS reports. “They said their police radios don’t work in some parts of the town and bulletproof vests are beyond their expiration dates and fit poorly to begin with.”

The announcement was made to the community via Facebook, where residents were urged to call 911 as they usually would in case of emergency:

The Blandford Police Department is now marked “Closed” on their official Facebook page.