Slain Sheriff’s Deputy in Sacramento County Mourned By a Man He Once Arrested. Here’s Why. 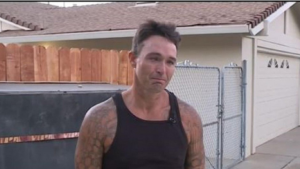 In today’s culture, there seems to be a serious misunderstanding about what it means to hold someone accountable for their actions.

The left seems to think the only way to truly be compassionate for someone is to exonerate them of any wrong they have done. And likewise, they believe because people on the right want to hold people accountable for their crimes, that conservatives lack compassion.

While this is obviously a huge misunderstanding of what real love is, I’d be remiss if I didn’t note that sometimes, conservatives can find themselves becoming all too callous towards the kinds of people that the left wants to give complete and total liberty to in their crimes.

So when a homeless man came forward after a Sacramento sheriff’s deputy who once arrested him was killed in the line of duty to share how the man had once helped him–after arresting him, I thought it was a perfect time to remind everyone in this nation that it is possible to hold someone accountable for their wrongdoing and help them at the same time.

Is that really such a novel concept?

The Blaze reports on the poignant and inspiring story:

Sacramento County Sheriff’s Deputy Mark Stasyuk was killed in the line of duty Monday. As the community mourned the loss, a homeless man who was arrested — then helped — by the fallen officer came forward to share his grief.

Josh Nordquist is a convicted felon whom Stasyuk once arrested. But after the arrest, Nordquist says the officer would continue to check in on him at homeless encampments, offering him food and assisting him in getting services.

“It’s just, the dude had a real heart. He was an awesome man,” Nordquist told KOVR-TV of Stasyuk. “It breaks my heart. I’d die for his family. I had heard a little while ago he just got married, it’s just so sad.”

“The man was just a real man, you know,” Nordquist continued, “he had a heart and he understood I was in a tight spot.”

Stasyuk and fellow Deputy Julie Robertson responded to a routine call over a dispute between a customer and an employee at a Pep Boys store in Rancho Cordova.

Let’s pray for Stasyuk’s family and for the compassion he showed Nordquist to have long-lasting effects as he continues to try to get his life together.