THE SKY IS BLUE: This Week’s Top 5 Most Useless Headlines 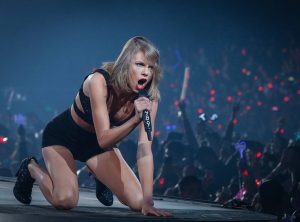 The catastrophic damage and displacement caused by Hurricane Harvey dominated headlines this week, and for good reason. Millions of Americans were impacted, losing property, pets, and most tragically, loved ones. The media has covered the storm 24/7 since the 25th, reporting stories that are inspiring (Anheuser-Busch and J.J. Watt), terribly sad (Harris County van recovery), and unfortunately, vacuous at times (Melania’s shoes).

With all of that going on, it would have been easy to miss some of the week’s less newsworthy articles. So, without further ado, here are the five most pointless headlines of the week:

Truly groundbreaking work from our European friends. I must say, upon reading this article I was rather disappointed, because I’ve been planning to live to three or four hundred at least.

Wait, does this mean we aren’t getting robot bodies either?! So many hopes and dreams dashed in this single headline…

2. Poll: Americans Are Twice As Likely To Say Racism Is A “Big Problem” Compared To 6 Years Ago (Vox)

I hesitate to even share this article, because anyone who reads it will inevitably become dumber as a result. You need only look to the first line:

“America is getting woke”

Is anybody surprised that some Americans have fallen for the identity-based, race-baiting rhetoric of the left? Racial tensions in this country aren’t high right now because everyone is more racist, they’re high because Democrats are desperate to take Congressional seats back in 2018, and smearing Republicans with accusations of “racism” and “white privilege” is the fastest way to do that.

It is strange though, since the Senator saw the fiscal irresponsibility of single-payer health care first hand when state-run healthcare was considered in California. Harris’ home state determined that “Medicare For All” would more than double its annual budget. But yeah… let’s try it on a national scale. What could go wrong? 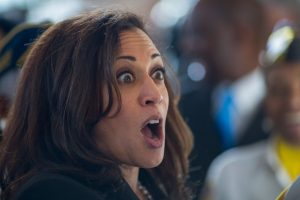 4. “Look What You Made Me Do” Video: Taylor Swift Battles Herself And Nobody Wins (Salon)

Incredible! The dumpster fire that is Salon finally got one right.

Shocked as I am that this story comes from The Washington Post, Antifa getting violent isn’t exactly breaking news. Unless you ask NPR of course, then they’ll just tell you you’re being paranoid and crazy. That man with the mask and the billy club? Oh, he’s just here to protect the peaceful protesters. 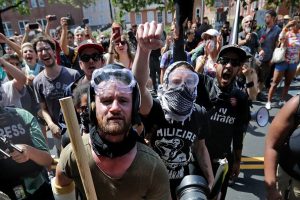 Over the next week, as the waters recede, we’ll find out more about the damage that’s been done to Houston, and then start working towards rebuilding the city. In the meantime though, keep an eye out for those useless headlines that can provide a good laugh in a time when we all need one.