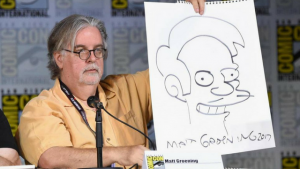 Hank Azaria, the actor and voice artist who has lent his talents to ‘The Simpsons’ for decades, recently declared he would no longer do the voice of Apu, the Indian Kwiq-E-Mart owner who has become an icon, along with countless other ‘Simpsons’ characters that have become embedded in American pop culture.

But the creator of the show is not having it.

Azaria, in an epic display of virtue signaling, told The Late Show’s Steven Colbert recently that in light of recent criticism of the character of Apu, he would be “perfectly willing and happy to step aside, or help transition it into something new.”

“The idea that anyone, young or old, past or present, was bullied or teased based on the character of Apu, it just really makes me sad,” he said. “It was certainly not my intention. I wanted to spread laughter and joy.”

This is, of course ridiculous, as Ben Shapiro pointed out on his podcast, literally every character on ‘The Simpsons’ is a complete and total stereotype, particularly the main characters of Homer and Marge Simpson, the perfect picture of the stereotypical fat, dumb, American man and the unfulfilled, unappreciated housewife who could have been more had she not gotten married.

There’s also Lisa, the stereotypical obnoxious leftist, Bart, the stereotypical bratty kid, Groundskeeper Willy, the most cartoonish rendering of a Scotsman possible, Moe, the lonely barkeeper, Barney, the drunk, Mayor Quimby, the Kennedy-esque, adulterous politician, Bleeding Gums Murphy, the ill-fated jazz musician, Mr. Flanders, the goody-two-shoes evangelical Christian, and on and on and on.

So does Matt Groening, the creator of the longest-running scripted comedy series and arguably one of the best television shows of all time, want to join in on the virtue signaling and make his show more PC for 2018 snowflakery?

When asked recently if he had “any thoughts on the criticism of Apu as a stereotype,” Groening gave a simple answer:

“I’m proud of what we do on the show,” Groening explained. “And I think it’s a time in our culture where people love to pretend they’re offended.”

Groening, as the creator of such a quintessentially American show, clearly has his pulse on the finger of what makes our culture tick, now more than ever, in this astute observation.

This decade is the decade of getting offended, but we do so not because we’re really offended, but as a means of elevating ourselves above the offenders.

Hank Azaria can easily go on national television after making millions voicing Apu for TWENTY EIGHT YEARS and disassociate himself from the iconic character, who, by the way, pays nothing but homage to the hard-working, patriotic Indian-American immigrants who have contributed so much to our culture over the years, because it make him look good and anyone who enjoys the character of Apu look bad and insensitive.

Outrage culture is quickly becoming an easy way for celebrities to make the news, but the pendulum is swinging the other way, as Groening demonstrates with his lack of interest in joining in on the intersectional virtue-signal-fest.

It’s about time we stopped worrying about who we offended and started enjoying the characters and stereotypes that make our country what it is.