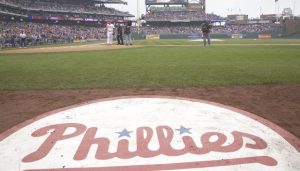 The shortstop for the Philadelphia Phillies baseball team says that he experienced negative side effects from the coronavirus vaccine not long after he got the jab, blaming it for his bad season.

Didi Gregorious, 31, went on to say that the vaccine led to him developing pseudogout, which is a kind of painful arthritis that is characterized by swelling, in his right elbow. The shortstop revealed that he felt the swelling in his elbow right after taking the second dose of the vaccine back in April.

Even though he’s been taking medicine to treat the condition, the discomfort has stuck around, according to the Philadelphia Inquirer.

“Some people say it’s from the vaccine. I will say it’s likely from that, too,” Gregorius went on to tell the outlet in an interview on Wednesday. “But when you say that, everyone looks at you like you’re stupid because the vaccine is not supposed to be like that or give you that reaction.”

Gregorius, who said he had a “really bad reaction” that forced him to be “nine days removed” from Major League Baseball, did not clarify whether he received the Moderna or Pfizer vaccine, each of which requires two doses.

Paul Offit, a vaccine expert at the Children’s Hospital of Philadelphia, said that vaccines, including the ones used to combat COVID-19 , do not cause pseudogout. While Offit did say that it is possible for a vaccine to cause a flare-up of an existing case of pseudogout, the episode would only last a few days, not long enough to affect an entire season of baseball.

Less than 0.1% of those who get the COVID-19 vaccines experienced negative side effects, including life-threatening illness, hospitalization, permanent disability, or death, the Centers for Disease Control and Prevention said in February .

The manager of the Phillies, Joe Girardi, stated on Wednesday that 85 percent of the team has now been vaccinated against the coronavirus, which has allowed the team to relax some of their safety measures.