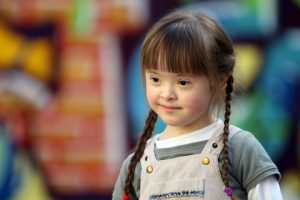 CBS is reporting that Iceland has almost eliminated Down Syndrome! Guess how? By killing the babies that potentially have it!

CBS News reports: Since prenatal screening tests were introduced in Iceland in the early 2000s, the vast majority of women — close to 100 percent — who received a positive test for Down syndrome terminated their pregnancy.

Iceland is on pace to virtually eliminate Down syndrome through abortion. #CBSNOA learns more, tonight at 10pm ET/PT https://t.co/EB6BKgQFN3 pic.twitter.com/SOKU7oe6a3

While the tests are optional, the government states that all expectant mothers must be informed about availability of screening tests, which reveal the likelihood of a child being born with Down syndrome. Around 80 to 85 percent of pregnant women choose to take the prenatal screening test, according to Landspitali University Hospital in Reykjavik.

To listen to them, it sounds like they’ve found a legitimate solution. But wait! What they’ve actually done is just replaced the words abortion or murder with the medically sterile EUGENICS.

Iceland isn't actually eliminating Down Syndrome. They're just killing everybody that has it. Big difference. #Downsyndrome #abortion https://t.co/gAONIzqRXW

What do you call it when you kill people with certain characteristics in trait or disability – it’s on the tip of my tongue….

Read more of the reactions here!