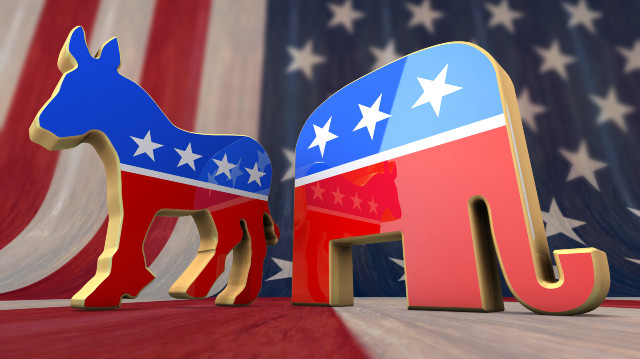 According to a new poll that came out on Tuesday, the vast majority of American voters want to pull the lever for a candidate who is willing to make compromise and is not deeply entrenched in party ideology.

The Hill  put out a report on Tuesday that discussed the results of the poll conducted by Morning Consult and commissioned by the Bipartisan Policy Center, which found that 62 percent of those surveyed stated they would likely vote for a candidate who is willing to compromise, rather than someone who is entrenched in a specific political ideology.

According to this report, 24 percent of those who were surveyed stated they wanted their candidate of choice to “stand firm” on their political party’s agenda.

The poll surveyed 2,005 registered voters online from February 18-20 and has a margin of error of +/- 2 percentage points, The Hill article said.

Democrats and independents in the survey said they were most likely to support candidates who would compromise, reporting at 66% and 63% respectively, while 57% of Republicans said they wanted candidates that would stand their ground along ideological lines.

The poll shows voters are frustrated with the hyperpartisan divide in the country, and the failure of President Joe Biden to keep his “unifying” campaign promise.

“We can join forces, stop the shouting and lower the temperature,” NPR reported Biden said during his Inauguration on Jan. 20, 2021. “For without unity there is no peace, only bitterness and fury. No progress, only exhausting outrage. No nation, only a state of chaos. This is our historic moment of crisis and challenge, and unity is the path forward.”

“Yet most of the major legislation debated during his first year in office including his $2 trillion ‘Build Back Better’ budget reconciliation bill, have been passed strictly along party lines. The exception was the $1 trillion Infrastructure Investment and Jobs Act passed in 2021,” the report added.

Mose of the individuals who were surveyed for the poll, 52 percent, believe that the political divide currently ravaging our country has become worse over the course of the last two years, with only 17 percent saying it has decreased.