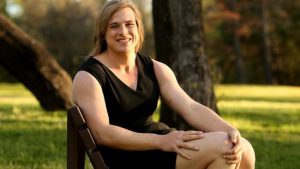 I can’t help but laugh at the lunacy!

Metro reports that “Transgender athlete Hannah Mouncey will not be allowed to play in the women’s Australian Football League (AFL) next year because of her ‘transgender strength, stamina and physique’.

The 27-year-old previously played in the Australian men’s handball team before her transition two years ago.

Mouncey announced in a statement that she was ‘extremely dissapointed’ to be barred from playing.”

No opinion was mentioned about the fact that Mouncey is 6’2, weighs 220 pounds and has a penis. The fact that she can probably bench press 300 and has chest and chin hair shouldn’t have any bearing on her ability to play should it? Hannah? Hank? What’s the difference?

Take a look at the pic below. I’m betting Harvey Weinstein wouldn’t want her near the casting couch. That is, unless she was helping to move it. 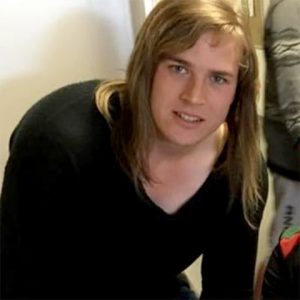 I doubt Hannah will have her purse snatched anytime soon!

Hannah could literally CARRY the team!