SHOCKER: Feminist Professors Abandon #MeToo When One of Their Own is Accused 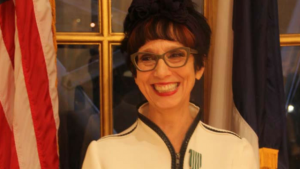 A feminist NYU professor has been accused of sexual assault, and professors across the nation have gathered on the grounds of their universities to demand her resignation and hold all feminist professors accountable for the consistent standards of the #MeToo movement.

They’re all supporting her, victim-shaming, and refusing to treat her the same way they’d treat a straight, white, male in her position.

If she were a male, her career would be ruined, but because she’s a progressive female, she’s got tons of supporters who have quickly forgotten the #MeToo movement to defend their own.

Do you think they’ll remember this the next time a straight, white, male is accused of sexual harassment? Doubtful.

After an 11-month Title IX investigation, Avital Ronell, 66, professor of German and Comparative Literature at New York University, was found responsible for sexually harassing Nimrod Reitman, 34, a male former graduate student and currently a visiting fellow at Harvard. As The New York Times reports, a colleague termed Ronell, “one of the very few philosopher-stars of this world,” but the investigation concluded she was “responsible for sexual harassment, both physical and verbal, to the extent that her behavior was ‘sufficiently pervasive to alter the terms and conditions of Mr. Reitman’s learning environment.’” Ronell has been suspended for 2018-2019; the Title IX report concluded she could not additionally be responsible for sexual assault, in part because there were no witnesses to the reported actions she had taken.

Reitman, who is gay, had charged that the alleged sexual harassment for three years from Ronell, who is a lesbian, had included her referring to him in emails as “my most adored one,” “Sweet cuddly Baby,” “cock-er spaniel,” and “my astounding and beautiful Nimrod.”

The New York Times reported on one of the incidents of harassment that happened when Reitman was invited to stay with Ronell in Paris:

The day he arrived, she asked him to read poetry to her in her bedroom while she took an afternoon nap, he said. “That was already a red flag to me,” said Mr. Reitman. “But I also thought, O.K., you’re here. Better not make a scene.” Then, he said, she pulled him into her bed. “She put my hands onto her breasts, and was pressing herself — her buttocks — onto my crotch,” he said. “She was kissing me, kissing my hands, kissing my torso.” That evening, a similar scene played out again, he said.

This sounds an awful lot like Harvey Weinstein’s treatment of the young starlets he’d entice into private meetings with offers of big, breakthrough parts, doesn’t it?

However, unlike Weinstein, hoards of women were willing to defend Ronell, penning this incredible letter, signed by over 50 of Ronell’s colleagues and aquaintances:

We write as long-term colleagues of Professor Avital Ronell who has been under investigation by the Title IX offices at New York University. Although we have no access to the confidential dossier, we have all worked for many years in close proximity to Professor Ronell and accumulated collectively years of experience to support our view of her capacity as teacher and a scholar, but also as someone who has served as Chair of both the Departments of German and Comparative Literature at New York University. We have all seen her relationship with students, and some of us know the individual who has waged this malicious campaign against her. We wish to communicate first in the clearest terms our profound an enduring admiration for Professor Ronell whose mentorship of students has been no less than remarkable over many years. We deplore the damage that this legal proceeding causes her, and seek to register in clear terms our objection to any judgment against her. We hold that the allegations against her do not constitute actual evidence, but rather support the view that malicious intention has animated and sustained this legal nightmare.

Hmmm….so you’re saying someone should wait until they have all the evidence before impugning someone’s character with allegations of sexual harassment?

Does that apply to men, too?