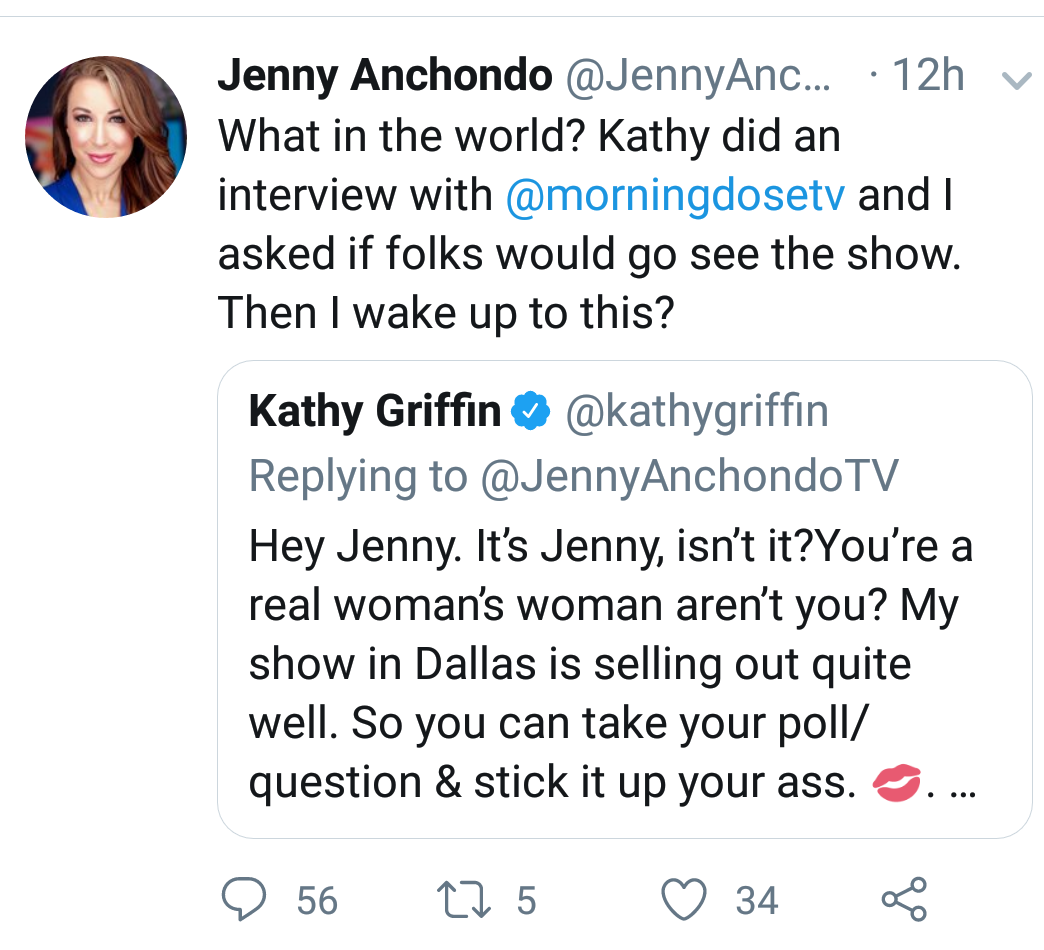 Kathy Griffin is back. She’s coming to Dallas. She went on the air, her story to tell us. She waxed  quite verbose on TV’s Morning Dose. Her words were all bland; none merit a quote.

When the interview was done, one question remained. Host Jenny Anchando wanted it plain. To Twitter she went and posted a poll. She wanted the truth, ‘cause that’s how she rolls.

Ol’ Red has a show. Who’s going to go? That’s what she sought her viewers to show. A most simple thing; it’s all that she wanted. But typical Griffin, her ignorance flaunted.

She sent her own Tweet; it was stupid and rude. Kathy’s really too proud of her bad attitude. She wrote, “Stick this poll up your ass. My tickets are selling.” Griffin might not be funny, but boy, is she crass.

Class is elusive, and intelligence rare. Poor Kathy and her fans, their cupboards are bare. Just an aye would have worked, or maybe a nay. It should have been simple. Instead, they spread hate.

Integrity scares them; they don’t understand. Too bad for us they’re infecting our land. We don’t call them out; we’re scared of their words. Yes, they’re loud, mean, and ugly, but we cower too much before these ridiculous turds.

Griffin thinks she’s all that; she fancies she’s funny. For those with a brain, she’s vinegar not honey. Her fans are amused at the bile she calls humor. They laugh at her hate. She’s really a tumor.