Shania Twain Apologizes After Left Attacks Her for Saying She Might Have, Hypothetically, Voted for Trump 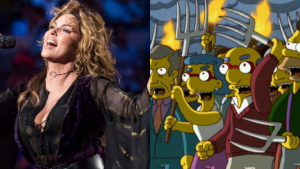 Shania Twain is Canadian, which means she can’t vote in American elections. She is also a country music star, which means she has a broad audience and has not been granted any particular responsibility to have well-formed opinions on politics, let alone the politics of a country in which she cannot vote.

Of course, if you hate Trump, everyone’s opinion matters, no matter how insignificant their role in American politics may be.

Twain found this out the hard way over the weekend, as leftist caught wind that she had told The Guardian she hypothetically may have voted for Trump over Hillary in 2016.

“If she had been able to vote in the U.S. election, she would have plumped for Donald Trump, she says,”  The Guardian reported.

“I would have voted for him because, even though he was offensive, he seemed honest. Do you want straight or polite?” she told them.

This is, of course, the reason many of the 62 million Americans who voted for Trump in 2016 favored him over Hillary.

“Only racists (Trump supporters)”–thanks for that clarification–“will be buying her new music from now on,” tweeted one disgruntled leftist, who was also not American.

“Wow…Shania Twain really knows how to revive her career,” quipped another twitter user. “Tomorrow night she’ll be singing ‘Still the One’ at the KKK cross burning.”

Wow…Shania Twain really knows how to revive her career. Tomorrow night she’ll be singing “Still the One” at the KKK cross burning.

Even Shania’s four-tweet long apology to the moaning and gnashing of triggered teeth didn’t satisfy the masses, as she attempted to backpedal what she said and pointed to her own history to demonstrate her interest in “inclusiveness.”

I would like to apologise to anybody I have offended in a recent interview with the Guardian relating to the American President. The question caught me off guard. As a Canadian, I regret answering this unexpected question without giving my response more context (1/4)

I am passionately against discrimination of any kind and hope it’s clear from the choices I have made, and the people I stand with, that I do not hold any common moral beliefs with the current President (2/4)

I was trying to explain, in response to a question about the election, that my limited understanding was that the President talked to a portion of America like an accessible person they could relate to, as he was NOT a politician (3/4)

My answer was awkward, but certainly should not be taken as representative of my values nor does it mean I endorse him. I make music to bring people together. My path will always be one of inclusivity, as my history shows. (4/4)

“My answer was awkward, but it certainly should not be taken as representative of my values nor does it mean I endorse [Trump],” she wrote. “I make music to bring people together. My path will always be one of inclusivity as my history shows.”

This did little to subdue the angry mob.

“All Shania Twain had to do is stick with her opinion and she still would have half of America rooting for her,” said Andy Lassner, the executive producer of the Ellen DeGeneres Show. “By apologizing, she seems to have done an excellent job of alienating an entire country in a single weekend,” the Hollywood producer continued.

“We’ve entered a strange new era of McCarthyism, only instead of political witch-hunts to blacklist communist actors, it’s the left who is now going after anybody who dares have an unapproved opinion,” Conservative Tribune notes.

“By smearing anyone with a personal opinion as a traitor to humanity, liberals are the ones who are becoming extremists… and that is part of why so many people were repelled by the left and voted for Trump in the first place,” they conclude.