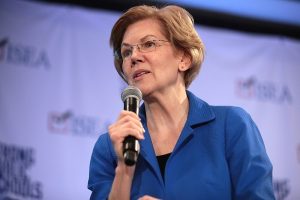 During an interview with Axios on Thursday, Democratic Sen. Elizabeth Warren made the claim that the legislative filibuster “has deep roots in racism” and was not the original idea of the founding fathers of the United States.

Her comments come as Democrats are trying very hard to get the Senate tradition tossed out.

“The filibuster has deep roots in racism, and it should not be permitted to serve that function, or to create a veto for the minority. In a democracy, it’s majority rules,” the Massachusetts senator said.

Warren told Axios that, at the Constitutional Convention, “the founders debated whether to require a supermajority in either House of Congress, and decided that government would function more effectively if both the Senate and the House worked by simple majority … When they didn’t want a simple majority, for example in an impeachment, they said so specifically. The filibuster is a later creation that was designed to give the South the ability to veto any effective civil rights legislation or anti lynching legislation.”

This argument against the filibuster comes at a time when voting rights laws are up for significant debate in Congress. The House recently passed H.R. 1, the “For the People Act,” which would drastically change voter laws across the country. Democrats have spoken about the need for such a bill as Republican-controlled state legislatures move to pass their own voting rights laws that Democrats claim promote voter suppression — specifically of the minority vote.

On Wednesday, Senate Majority Leader Chuck Schumer said that “everything is on the table” when it comes to getting the “For the People Act” passed in the Senate.

Because everything is racist, right? What, according to modern progressives, doesn’t have roots in racism? If you follow their logic, everything under the sun is racist.

These people are obsessed with racism. It’s all they see. It’s the only strategy they have for removing laws they don’t like or agree with. Doesn’t matter if it actually is racist or not. Just say it is and then get rid of it.

It’s getting a bit ridiculous.