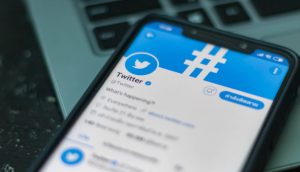 Several key GOP members of the Senate Judiciary Committee are now on the fence about whether or not to subpoena Twitter CEO Jack Dorsey and Facebook CEO Mark Zuckerberg concerning their anti-conservative bias on the social networks.

Typical of the spineless folks within the Republican Party, isn’t it?

During a Tuesday Senate meeting on the subject, though, Republicans reportedly “wavered” on demanding testimony from tech bigwigs.

“Judiciary staff has indicated internally that plans for the vote were delayed in part due to some GOP panel members wavering on whether to support the action, according to one Senate GOP aide, who spoke anonymously to discuss private negotiations,” POLITICO said. “Republican officials have also expressed trepidation about how quickly the committee has moved to vote on the subpoenas, the aide said. A committee spokesperson did not immediately offer comment on the matter.”

Like true cowards, those who wavered on this issue went unnamed.

Sen. Ted Cruz went on to tell POLITICO that he still plans on hearing from both Dorsey and Zuckerberg, even if he can’t get full support from Republican members of the committee.

There’s been tons of similar incidents to this one that have been reported on by various news outlets over the last few years. It’s hardly anything new. Many folks think because Twitter and Facebook are privately owned, this should be a non-issue.

Well, the problem with that is the fact both companies have become critical components in the distribution of information. This means they are like publishers and act as a sort of public square. In other words, these companies have a responsibility to provide an open platform for all opinions.