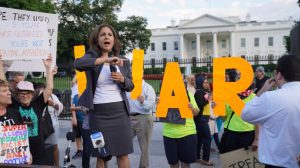 Two Senate committees have opted to postpone hearings that were scheduled for Wednesday to confirm — or not — Neera Tanden, the Biden administration’s top pick to head up the Office of Management and Budget.

These postponements seem to be signaling that Tanden’s nomination ot the post might be in trouble after lawmakers on both sides of the political spectrum have announced that they are going to oppose her confirmation. However, the White House continues to throw their support behind Tanden as the right individual for the posting.

“We are postponing the business meeting because members are asking for more time to consider the nominee,” a Senate Homeland Security Committee aide said to media folks over at Axios on Wednesday. “The president deserves to have a team in place that he wants, and we’re going to work with our members to figure out the best path forward.”

The Senate Budget Committee has also postponed a hearing with the nominee, according to The Wall Street Journal. White House Press Secretary Jen Psaki reiterated Biden’s support of Tanden on Wednesday.

“Neera Tanden is a leading policy expert who brings critical qualifications to the table during the this time of unprecedented crisis,” Psaki went on to state. “She also has important perspective and values, understanding firsthand the powerful difference policy can make in the lives of those going through hard times. She has a broad spectrum of support ranging from the U.S. Chamber of Commerce to labor unions, and has a strong record of working with both parties that we expect to grow in President Biden’s cabinet as the first South Asian woman to lead OMB.”

Tanden’s nomination fell into trouble on Friday after Sen. Joe Manchin (D-WV) announced that he would not be backing her nomination to lead the OMB. With a 50-50 split in the Senate, Democrats have no votes to spare without needing to secure the help of a moderate Republican. No Republicans have publicly voiced support for Tanden, while several moderates have said they intend to vote against her.

“I have carefully reviewed Nerra Tanden’s public statements and tweets that were personally directed towards my colleagues on both sides of the aisle from Senator Sanders to Senator McConnell and others. I believe her overly partisan statements will have a toxic and detrimental impact on the important working relationship between members of Congress and the next director of the Office of Management and Budget,” Manchin wrote in his statement. “For this reason, I cannot support her nomination.”

“As I have said before, we must take meaningful steps to end the political division and dysfunction that pervades our politics,” he went on to add. “At a time of grave crisis, it is more important than ever that we chart a new bipartisan course that helps address the many serious challenges our nation is facing.”

Manchin has taken heat from fellow Democrats over his opposition to Tanden. Rep. Grace Meng (D-NY) insinuated that Manchin’s opposition is based in sexism.

“We can disagree with her tweets, but in the past, Trump nominees that they’ve confirmed and supported had much more serious issues and conflicts than just something that was written on Twitter,” Meng said in his response to Manchin on Monday. “This is not just about any one nominee like Neera, or whoever else — it’s just about this pattern that is happening and increasingly hard to ignore.”

If Republicans and Democrats are opposed to her then you know she’s got to be bad. We can hardly get these two sides to agree on the color of poop let alone refusing to confirm a Democrat to a position when the left controls Congress and the White House.