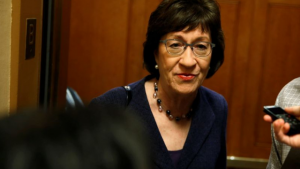 With tensions high and hysteria higher surrounding the Kavanaugh confirmation hearings and subsequent vote, it’s really important to bear in mind that Kavanaugh is hardly what the left thinks he is.

The poor guy has been subject to all the hyperbole that comes along with an entire populace of voters inflicted with Trump Derangement Syndrom (TDS), a very serious disorder that causes delusions that one lives in Nazi Germany (where there is somehow still enough free speech to scream like banshees about how oppressive the government is).

Democrats are desperate to keep Kavanaugh out of the Supreme Court, despite the fact that he’s a relatively moderate voter and enjoys support from progressive Democrats who actually understand the way the judicial system works and what his credentials are, and likely voting patterns will be.

Nonetheless, with midterms swift approaching and politicians eager to pander to TDS-inflicted voters, they’re doing everything they can to turn what should be a routine confirmation hearing into an all-out circus.

And Susan Collins is sick of how far progressives are willing to go.

Republican Sen. Susan Collins of Maine fired back at progressive activists on Monday who have been raising money to oust the senator in the event she votes affirmatively to confirm Supreme Court nominee Brett Kavanaugh.

Collins was referring to the joint effort by Maine People’s Alliance and Mainers for Accountable Leadership to crowdfund in an attempt to compel the senator to vote against Kavanaugh. The campaign, called “Either Sen. Collins VOTES NO on Kavanaugh OR we fund her future opponent,” has currently raised over $1.0 million, with a goal of $1.3 million.

The Washington Post reports that the left has been pushing this campaign across the country, and it’s been promoted by the likes of the man-child of gun control himself, David Hogg.

“This effort will not influence my vote at all,” she added. “I think it demonstrates the new lows to which the judge’s opponents have stooped.”

Ain’t that the truth?