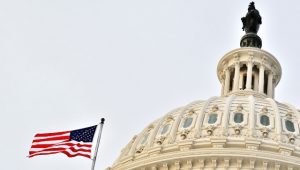 All four of the security officials who were responsible for the response to the riot at the Capitol on January 6 say that they believe the attack was premeditated. Two of those individuals said that two of the officials blame a lack of intelligence for the delay in response.

“The District did not have intelligence pointing to a coordinated assault on the Capitol,” Contee wrote in a statement submitted ahead of a joint hearing before the Senate Rules Committee and Senate Homeland Security and Governmental Affairs Committee.

Contee said the department planned for the “possibility of violence” based on previous large gatherings by the same pro-Trump groups in Washington in November and December. Officers had been deployed on 12-hour shifts in the days leading up to the riot, which took place as Congress attempted to certify election results and deem Joe Biden the president.

“The intelligence was not that there would be a coordinated assault on the Capitol, nor was that contemplated in any of the interagency discussions that I attended in the days before the attack,” Irving stated.

“MPD’s police officers were engaged in a literal battle for hours. Many were forced into hand-to-hand combat to prevent more rioters from gaining entry into the Capitol. This was not a peaceful protest. This was not a crowd trying to express their First Amendment rights — rights which we are proud to protect regardless of belief,” Contee went on to say. “At the end of the day, this was an assault on our democracy, and MPD officers held the line.”

So, the question we need to ask now is why in the world was President Trump blamed for this mess when it seems pretty clear he didn’t encourage the violence with his rhetoric at all. The event was preplanned.

Is it possible that it was preplanned by individuals from Antifa? It’s a possibility. Hopefully, in the coming months, we’ll receive more answers to this question.