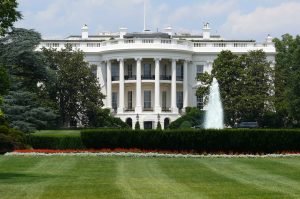 Federal authorities are taking additional safety measures surrounding the White House in anticipation of civil unrest and “protests” that might go down in the nation’s capitol on election day and beyond.

One of the new measures being implemented includes a “non-scalable” fence that will be erected around the perimeter of the White House. This is similar to a structure that was used in June of this year when the rioting and looting caused by the death of George Floyd were at their peak.

Federal authorities have been preparing for the possibility of unrest following the election for months, CNN previously reported. There have been more than 60 meetings since January between the White House National Security Council, the Office of Personnel Management, the Federal Emergency Management Agency, the various intelligence agencies, and the military in an effort to prepare for any possible election outcome.

The White House is not the only place in Washington, D.C., that is preparing for a volatile election night and subsequent fallout. Last month, Washington, D.C., Metro Police Chief Peter Newsham warned the District’s City Council that there will likely be unrest surrounding the election. Many businesses in close proximity to the White House have boarded up their windows in preparation.

Cities across America are also taking precautions ahead of Election Day to reduce civil unrest and more violent rioting. That’s certainly the last thing our nation needs, but unfortunately, destroying property and assaulting people has become the absolute favorite choice of reaction among the radical left.

Here’s to hoping no matter what happens on Election Day, folks remain civil and in control of their emotions.