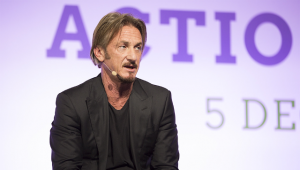 Actor Sean Penn recently conducted an interview where he gave some very controversial comments on the whole #MeToo Movement that are sure to leave the left steaming mad.

In other words, he told the truth, which is something the left always finds to be intolerable, especially when it doesn’t line up with their agenda.

Speaking with NBC’s “Today,” the Oscar-winning actor criticized the spirit of #MeToo, which he says has largely divided men and women.

“This is a movement that was largely shouldered by a kind of receptacle of the salacious,” Penn told Natalie Morales.

Some of these accusations, he suggested, have been brought forth without corroborating evidence yet have nonetheless destroyed people’s careers.

“We don’t know what’s a fact in many of the cases,” Penn said. “Salacious is as soon as you call something a movement that is really a series of many individual accusers, victims, accusations, some of which are unfounded.”

The actor believes that the “spirit of much of what has been the #MeToo movement is to divide men and women.”

Penn replied: “I’m gonna say that women that I talk to, not in front of a camera, that I listen to, of all walks of life, that there’s a common sense that is not represented at all in the discussion when it comes to the media discussion of it, the discussion where if Sean Penn says this, so and so’s going to attack him for saying this, because of that.”

He added, “I don’t want it to be a trend, and I’m very suspicious of a movement that gets glommed onto in great stridency and rage and without nuance. And even when people try to discuss it in a nuanced way, the nuance itself is attacked. I think it’s too black and white. In most things that are very important, it’s really good to just slow down.”

Penn pretty much nails it here. The main problem with the #MeToo Movement isn’t that victims are speaking up. It’s that allegations are being made and no follow up investigation is being conducted — in most cases — to verify the incident.

Instead, companies are firing employees simply because of an accusation, regardless of whether or not it has any merit. Therefore, all these ladies have to do to destroy someone’s life is point the finger at someone and accuse them of something unsavory. Boom. Life destroyed.

This is not the way the justice system works here and if things aren’t repaired, it’s going to get worse.