Science Says Oreos Can Save Us From the Racism of Yoga 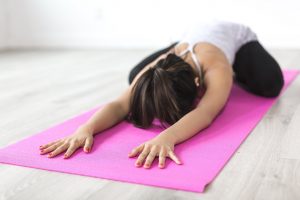 In a victory for lazy, overweight people everywhere, Michigan State University professor Shreena Ghandi and Lillie Wolff, an “antiracist white Jewish organizer, facilitator, and healer”, have declared in their paper, “Yoga and the Roots of Cultural Appropriation” that yoga is racist. Well, they don’t say that yoga, itself, is racist. They do, however, argue that “thin, white, upper middle-class, cisgender, able-bodied women” who twist themselves into a Bird of Paradise or Downward-Facing Dog pose both demonstrate and perpetuate the foundation of systemic racism and cultural appropriation on which white America was built.

While those of us on the right might be tempted to pooh-pooh such assertions as nonsense, we have to remember that science always corroborates what the left says, and anything backing up the left’s agenda is scientific. Questioning this scientific truth is proof positive that the doubter is nothing more than a hate-filled bigot. We must open our minds and stride boldly into the brave new world of the American left. It’s time to rise up and make our nation the culturally sensitive beacon of tolerance she was always meant to be.

With settled science behind us, freedom is at hand! No more dreading the annual physical and the snide remarks from tyrannical doctors demanding a healthier lifestyle. No more 5:00 am wakeups to pound the pavement or climb on a treadmill or exercise bike and exhaust ourselves while going absolutely nowhere, all before the sun rises. Stress fractures, shin splints, and sore muscles will soon be things of the past.

In fact, since being thin and healthy is so culturally offensive, the government needs to outlaw exercise altogether. Some will say that’s over the top, but yoga is exercise, and practicing it is racist. Surely, that makes exercise a hate crime. So, look out couches, here we come. In addition to being sensitive, we’ll also save a lot of money. No more gym memberships, running shoes, or high-dollar bicycles. Yoga pants, yoga mats, yoga apps, yoga classes…so much money to be saved.

Another advantage of eliminating exercise is that our families will become stronger. Instead of wasting precious time on activities that turn our attention inward – yoga, running, or swimming, for example – we’ll enjoy family time around the TV. Other families might elect to all sit in the same room, staring at their smartphones together. With so much worry over the decline of family life in America today, this change should be especially welcome.

Of course, exercise is only one part of a healthy life-style, so Congress must also take action to eliminate healthy eating, as well. Quinoa, for example was originally domesticated in South America. Its popularity among the very Americans who practice yoga represents cultural appropriation in the same way practicing yoga does. The same is true for kombucha, tofu, and hummus, just to name a few. Such healthy food choices only strengthen and affirm what Ghandi and Wolff refer to as “the [dark] underbelly of capitalism — white supremacy, cisheteropatriarchy, and xenophobia.”

In order to show proper sensitivity for all cultures, it’s imperative that we all adopt a diet which is both unhealthy and uniquely American. It doesn’t have to taste good; middle- and upper-class Americans have enough privilege already. The important thing will be making sure no cultural or ethnic group championed by the left is offended by our choices.

It’s time for America to embrace the science of leftist ideology. Marching for a cause is the time-honored method of bringing change to our culture, but that might be interpreted as exercise and we know what that represents. But, new times perhaps call for new methods. A sit in might well be more appropriate. On our own couches. While eating something unhealthy that smacks of middle-class America. I call dibs on the Oreos!

Roy Jeffords is an author, ghost writer, Constitutional conservative, and curmudgeon-at-large. A graduate of The Citadel, the Military College of South Carolina, he lives in Texas with his wife and their two boxers. Find him on Facebook at Roy Jeffords, Twitter @royjeffords, and Instagram royjeffords. Contact him at [email protected]