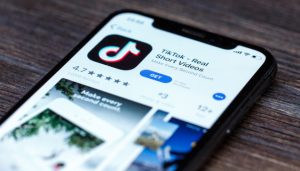 There are now numerous school districts across the United States who are increasing security after TikTok posts threatened shootings on Friday, although authorities think these threats are fake, according to a report published by the New York Post.

In Broward County, Florida, where 17 students who attended Marjorie Stoneman Douglas High School were shot and killed four years ago, officials put out a statement addressed to both parents and staff to try and reassure them about the situation.

“Our district, as well as other school districts across the country, have seen an increase in school threats circulating on various social media platforms,” the statement went on to say.

“Currently, there is a video being shared nationally on TikTok threatening violence in schools on Friday, December 17. While this threat did not originate locally and is not believed to be credible, there will be increased law enforcement presence across our schools. District administrators and staff will also have increased vigilance. Ensuring the safety of our students and staff are our highest priorities,” the statement continued.

Baltimore County Public Schools, located in the state of Maryland, also put out a statement, publishing it in a post on Twitter:

“BCPS has been made aware of an anonymous threat posted on TikTok targeting all schools in the United States. The post alleges that there are planned school shootings that will take place on Friday, December 17. Law enforcement agencies have investigated this threat and determined that it originated in Arizona and is not credible. We want to continue to encourage members of Team BCPS to report suspicious or threatening activities or postings.”

Some schools in central New York added police officers because of the threats, Syracuse.com reports. Jason Thomson, superintendent of Baldwinsville Central School District, in an email told parents there were no current threats, but that additional police officers would be on hand Friday.

The Epoch Times reported that Naugatuck Police Department in Connecticut told parents they would increase patrols at Borough Schools in the “coming days due to an uptick in unrelated threats at schools in the region.”

The Charlton Police Department in the state of Michigan stated on Thursday that it was aware of a message on Snapchat concerning a threat to Charlton Middle School.

“Our agency is actively working with other agencies and the school,” the PD went on to say in a statement. “We believe this threat may be related to [a] TikTok challenge and not a credible threat. We have patrols concentrated in certain areas as a precaution.”

What in the world is wrong with kids today?

Might it have something to do with the fact that human life is constantly devalued in the progressive ideology that under girds the indoctrination they receive on a daily basis?

Something worth thinking about.