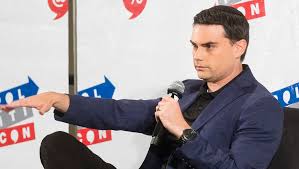 Conservative author and speaker Ben Shapiro is a 5’6 white, Jewish guy. Apparently he’s scarier than Leatherface from the Texas Chainsaw Massacre to students at Berkeley.

Shapiro is going to be speaking on campus September 14 and some are  falling to pieces emotionally. Conservative thinkers and speakers have seemingly become the most frightening thing on campus lately.

The school announced recently that they would be offering counseling services to students that may feel like their weak minds and emotions may be violated by conservative thought and logic. That’s my description. Not the school’s.

Support and counseling services for students, staff and faculty

We are deeply concerned about the impact some speakers may have on individuals’ sense of safety and belonging. No one should be made to feel threatened or harassed simply because of who they are or for what they believe. For that reason, the following support services are being offered and encouraged:

When I read this I literally laughed out loud on an airplane in the middle of strangers. What is the world coming to? Seriously?!?

Shapiro, if you’re not familiar with him, is a fairly mainstream conservative speaker. Yeah, he can push buttons—which is probably one reason he’s so popular with college students. But he’s hardly some way-out-of-touch radical.

The university setting should be a place where ideas are shared and debate and discourse of varying thoughts should be encouraged. If you are of such weak mental and emotional constitution then the higher education setting is not for you.

I understand the need for security and safety, especially with the demonstrations we have seen from domestic terrorists like Antifa at events such as this. These safe space thugs are attempting to ruin everything free speech stands for in America with their communist protests. Maybe Berkeley police will manage to arrest more than just two of these morons like they did at their last event.

As Katrina Trinko has said, “College especially should be a place where intellectual and moral debates flourish, where students aggressively read and listen to others’ arguments, consider them, and then make their own cases. Don’t demand a counselor when a speaker you think is wrong comes to campus—go and debate them! Ask a tough question! Write an op-ed in the student newspaper showing the mistakes the speaker is making. Protest peacefully!

Ideas can hurt, it’s true. But the worst fate isn’t being troubled by another person’s idea: It’s settling for intellectual and moral stagnation, refusing to ever encounter any ideas besides the ones you currently hold.”

Let em have it Ben!