SAY WHAT? Caitlyn Jenner Files Paperwork To Run For Governor In California…As A Republican 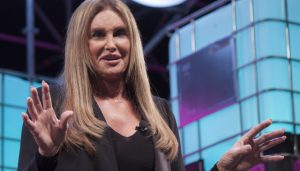 Reality television star and former Olympic athlete Caitlyn Jenner has officially filed the paperwork necessary to formalize a run for the governor’s office in the state of California.

Jenner is actually planning to run as a Republican, challenging Gov. Gavin Newsom who is currently about to be recalled.

And guess what? There are quite a few big dogs from the GOP who are supporting Jenner’s run, including Tony Fabrizio, a pollster who worked on both of former President Donald Trump’s campaigns, and Steven Cheung, a member of Trump’s communication team.

Brad Parscale, Trump’s former campaign manager, helped Jenner assemble her team but will not take a formal role in the gubernatorial bid.

“Sacramento needs an honest leader with a clear vision,” Jenner in a statement, adding that California has been plagued by “special interests over people” and that tax rates are “too high,” Axios reported on Friday.

“This is Gavin Newsom’s California, where he orders us to stay home but goes out to dinner with his lobbyist friends,” Jenner continued, referring to November headlines when the governor was seen maskless at The French Laundry restaurant dining with friends despite urging his constituents to refrain from the same practice.

Jenner, 71, floated a run for office in the past and was a self-proclaimed supporter of Trump. In 2018, however, she wrote a Washington Post op-ed saying Trump and his administration were not helping the transgender community in the way she had hoped.

So yeah. Strange times we are living in, right? Can this world get any weirder? I’m almost afraid to find out the answer to that question.

Regardless, it’s definitely time for Newsom to go. He’s wrecked his state in a major, major way during this pandemic. Is Jenner the right fit for the job? I plead the fifth on that one.