“Saturday Night Live” Ratings Bottom Out To Lowest Number Ever With Only 3.5M Viewers 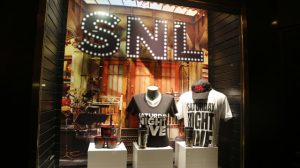 There’s a popular phrase being used these days to refer to the consequences of over politicizing entertainment and other types of content. You might have heard this one before.

It doesn’t seem that Saturday Night Live actually thought this phrase had any real meaning with the general public. After all, going “woke” is like the hip, trendy thing to do, right?

This is a lesson SNL has now learned the hard way. The ratings for the once popular comedy sketch program has hit the lowest ever, dropping a whopping 27 percent from last week. Only 3.5 million people tuned in to watch the show.

Not even host Keegan Michael Key and current teen sensation Olivia Rodrigo could stop this ship from sinking.

Rodrigo sang her novelty hit, “Driver’s License,” but it had no sales bounce on iTunes. The song is turgid in reality. Rodrigo is pretty and delivers material well, but this stuff won’t make a career.

Key really had problems with poorly written material. The show had some of the worst sketches I’ve ever seen. I doubt many people stuck with it beyond Weekend Update.

Next week finishes the season with Anya Taylor Joy and Lil Nas X. Then we’ll see who re-signs for next season. Kate McKinnon and Cecily Strong are at the point where they should launch on their own, but there may be no place to go. Lorne Michaels should get them their own sitcom already.

Maybe SNL can still save itself from complete annihilation if they stop trying to make everything political and woke? Perhaps become a little more balanced in their satire? Just a couple of suggestions to consider.