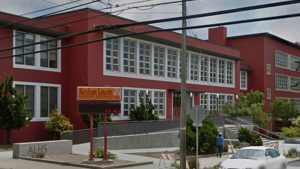 The San Francisco Unified School District decided to halt a project to rename 44 schools that were named after “controversial historical figures,” and has promised they are going to consult historians rather than looking at Wikipedia if they decide to make changes in the future.

The fact that they even consulted Wikipedia at all speaks volumes about the lack of intelligence inherent in the individuals who run this school district.

Instead, newly elected San Francisco school board president, Gabriela López, said in a statement that she plans to make reopening schools a priority, ahead of tangling with the vestiges of systemic racism as outlined by her district’s “renaming committee.”

“Reopening will be our only focus until our children and young people are back in school,” Lopez wrote in her statement, which also canceled all future meetings for the district’s renaming committee. In a separate social media post, Lopez said she is “committed to focusing the board’s attention on getting our students back into the classroom. I’m committed to making sure every student and family at SFUSD is supported through this process.”

Not long after the vote, a parents group then revealed that the district’s “renaming committee,” which was given the task of researching the historical figures and suggesting which ones should be removed from places of honor, actually got their information from “casual Google searches” and from Wikipedia, resulting in a document they labeled “rife with historical errors.”

So what really led to the change of heart in the district? Probably the results of a recall petition for Lopez, which was launched last week, along with being aimed at two other school board members. The two parents who launched the petition said that each of the petitions will require 70,000 signatures, but stated they are dedicated to getting “politics out of education,” and would be using their connections in the tech sector to ensure the petition is a success.