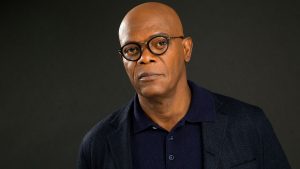 It’s Monday, and the Kavanaugh sexual assault allegations drag on. While Democrat politicians are milking the scandal for all its worth, limousine liberals are weighing in, with the infallible wisdom that one only attains after starring in several multi-million dollar movies.

Samuel L. Jackson, an outspoken leftist which makes him unique from pretty much no one in Hollywood, was delighted to see a spoof clip that someone had made which spliced footage from his most famous scene in Pulp Fiction with footage from Kavanaugh’s hearings.

I have to say, while vulgar, from a purely comedic standpoint it was a funny idea, but it was clearly biased against Kavanaugh, just like Jackson himself, who retweeted the clip, adding: ““Funny as hell,” commented Jackson, “but there’s nothing funny about his Lying Fratboy Ass!!!”

Funny as hell, but there’s nothing funny about his Lying Fratboy Ass!!! https://t.co/rSHcrMzMUM

Just for the sake of any snowflake fratboys who may have been offended by this, Jackson clarified later on that “Apologies to you Fratboys that aren’t liars & rapists, I cast that net a lil bit wide,” a move which I’m sure the non-lying and raping fratboy community very much appreciated.

Apologies to you Fratboys that aren’t liars & rapists, I cast that net a lil bit wide.

These comments reminded conservative pundit Jim Treacher of the sorts of people Jackson has spent time around in his many prolific years in the entertainment industry, which got him thinking.

Ooooh, snap, there’s Jackson with accused child molester Kevin Spacey who used the opportunity when he was accused of groping a teen actor in the 80’s to come out as a homosexual, expecting to be accepted and forgiven by all of liberal Hollywood.

Aaaaaand there’s Jackson with Harvey Weinstein, whose many alleged sins against womenkind need no introduction.

And how about Matt Lauer who, not only accused of locking women in rooms and attempting to grope them, apparently had a special button under his desk for (allegedly) precisely this purpose?

Treacher went on and on, sharing several other pictures of Jackson with alleged sexual predators.

Why is this significant?

Because all these men, like Kavanaugh, have been accused, and not yet convicted and tried in a court of law.

Jackson clearly believes that Kavanaugh is guilty not because there’s substantial reason to believe so, but because he wants Kavanaugh to be guilty, because he’s a leftist.