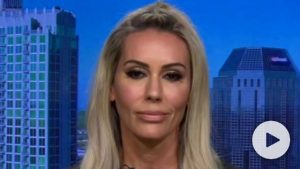 Erica Kious, the San Francisco salon owner who was angered by how Speaker Nancy Pelosi for visiting her salon while under lockdown restrictions, without wearing a mask, while she wasn’t allowed to fully open up her business, is now receiving a lot of hate from leftists who want to see her business destroyed.

But they aren’t stopping there. They’re also wishing her dead. All this for being a person of integrity and exposing the hypocrisy of a horrible politician.

Even as Kious spoke with Fox News host and Daily Caller cofounder Tucker Carlson about the situation, the effort to destroy her appeared to already be underway.

So the “set up” was Pelosi asked a salon to let her get her hair done in violation of local coronavirus guidelines & the salon owner let her then shared the video of Pelosi breaking the rules to show Pelosi’s hypocrisy, & so now Pelosi’s allies are out to destroy the salon owner. https://t.co/CFmBCPFxBu

Speaker Pelosi’s daughter Christine shared a photo of a letter from Matthew Soleimanpour of Soleiman APC, indicating that legal counsel had been retained to support the Speaker’s claim that she had been “set up” by Kious.

Kious called Pelosi’s visit a “slap in the face,” asking why, if the Speaker felt comfortable and safe enough to be in the salon without a mask, the salon had to remain closed and her stylists out of work.

“The hard part of all this is that I have been in that community for 12 years, and since this happened I have received nothing but hate text messages, death threats. They’re going to burn my hair salon down, my Yelp page is just unbelievable with bad reviews,” Kious stated.

This is the kind of horrific behavior we’ve come to expect from the radical left who want nothing more than to silence anyone who dares to criticize one of their darlings, especially a darling who is passionately dedicated to opposing Donald Trump’s reelection.

Folks, it’s always political with the left. They would rather someone like Pelosi get away with abusing her power than be held accountable for her hypocrisy. It’s disgusting to see how far we have fallen as a country.